After starting the 2008-2009 season with a record of 1-3, the boys went on a winning streak of 25-4 and compiled an overall season record of 26-7, winning a tough played play-in game against divisional rival Our Lady of Mercy to vault St. Ignatius into the CYO playoffs with a 9-4 record.

Needing to win four consecutive games against teams with 12-0 or 11-1 records, the boys stepped up and successfully completed the playoffs bringing home the championship in exciting fashion by coming from behind and winning the CYO Championship Game!

Many thanks go out to all the players and parents, who, without their continuing support, this season would not have been possible! Special thanks also to St. Ignatius’ CYO Coordinator Kevin Carroll, who worked countless hours to bring a travel basketball program back to St. Ignatius.

This is a special group of young men who played as a true team and were successful as one unit! Benefiting by learning, practicing and competing under the CYO guidelines of ministry, leadership and sportmanship, these young men will continue to be successful, both on the court and in life. 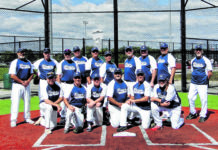 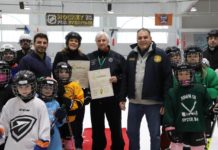 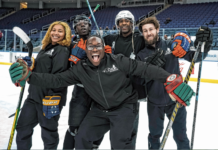 Bringing Diversity Into The Faceoff Circle