The string orchestra, directed by Amy Noll, opened the second concert with three songs, highlighted by a luscious rendition of Queen’s “Bohemian Rhapsody” that featured Brian D’Addario on electric guitar.

The Madrigal Singers and string ensemble then combined for Handel’s “Coronation Anthem No. 1” before the Madrigals, under the direction of Michelle Emeric, performed three songs including the traditional spiritual “Elijah Rock.”

The wind ensemble, directed by Chad Wyman, closed out the show with a four-song set that featured a lively rendition of Aram Khachaturian’s “Sword Dance.” 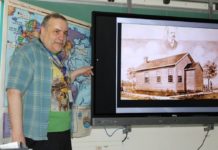 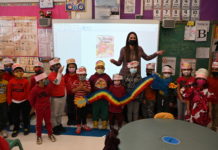 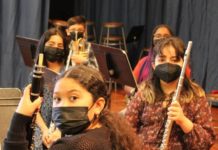