Health benefits in more ways than one

West East All Natural Bistro and Wine Bar is a fresh and virginal startup that provides hope for change in a landscape that has become stagnant and saturated with the same, tired, fast food, assembly-line approach, and artificially hospitable corporate eateries.

A few years ago Raquel Jadeja and her husband, Jay were just regular customers of Danny Wu’s establishment. Wu is the original owner of The West East All Natural Bistro. The Jadejas many years of restaurant experience led them to become Wu’s unofficial consultants. Their friendship, which was a symbiotic progression, culminated when Jay became a co-owner and head chef in October of 2012.

If your healthy conscience still desires more reassurance, the words of Jay Jadeja should bring calm to any faltering nerves. Jay would never serve you food that he wouldn’t serve to his own children. “The food I cook and serve is a reflection of who I am,” said Jay.

The newly formed partnership between Wu and the Jadejas has been a fast growing evolution. In January they began serving hormone-free, grass-fed meats, which are clinically proven to provide much-needed omega 3 fats, that unfortunately, so many Americans lack because of mainstream diets.

Terri, a local patron from Bethpage, whose new found appreciation for a healthy living told the Hicksville Illustrated News that is exactly what has kept her coming back for the last couple of years. “The food is delicious; it’s fresh and healthy, and you feel really good after you eat it.”

Raquel said the restaurant has received a very positive response. Their affirmation for healthy food has brought in customers from as far as Long Beach, and even gained the recognition of an organization called Slow Food.

Slow Food, as described on their website at slowfoodusa.org, started out as an idea to promote a healthy way of living and eating. They have thousands of members in over 150 countries that are committed to the important connection between food, community, and the environment. West East Bistro also recently won Slow Food’s much-coveted “Snail of Approval” honor.

West East Bistro’s passion for sustenance and growth does not just encompass the ecosystem of the edible variety; they are just as committed to the societal ecosystem we all live in. This can be shown through their generous decision in April to donate 20 percent of their proceeds every Wednesday throughout the summer to the “Nassau Hurricane Relief Fund”.

The fund has been helping the victims of Hurricane Sandy. Raquel Jadeja partnered with Nassau County and believes that the idea is “fully in line with her ideas on giving back to the community.”

West East Bistro is a healthy and friendly place to eat. Twice a month they hold food and wine tastings for the community to come and enjoy. Whether you enjoy spicy South Asian food or you seek the adventure of eating wild game, these bimonthly events are always themed differently.

“The generosity of West East Bistro is appreciated by all those working to make the victims of Hurricane Sandy whole again. It is another example of the outpouring of support that the communities have received from their neighbors,” said County Executive Edward Mangano. “Through the kindness of this local business we will continue to be able to provide some measure of assistance to those still making their way back.”

So stop by 758 South Broadway in Hicksville, where having a meal here not only illuminates the health, but also helps the victims of Hurricane Sandy. Where you can make new friends over wine and enjoy the special theme being held that night. When you eat here, you’re making the healthy choice in more ways than one. Visit www.westeastbistro.com or call 516-939-6618 for more information. 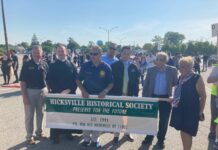 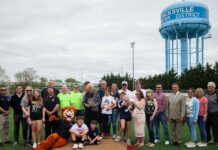