Investigations earlier this year by the New York State Department of Environmental Conservation (DEC) have found high levels of trichloroethene (TCE) and tetrachloroethene (perchloroethylene or PCE) at 601 Cantiague Rock Rd. and nearby areas, including Hicksville. Wastewater discharges to the ground and site drainage structures have been documented there since 1977. Furthermore, in 1998, 59 tons of PCE-contaminated soil was excavated from an abandoned cesspool nearby and trucked away for disposal.

A DEC fact sheet lists it as Class 2 site in the Superfund registry, representing “a significant threat to public health or the environment; action is required.”

The staff and parents of Cantiague Elementary School, located across the street from the site, were highly concerned. At a PTA meeting earlier this year, Jericho schools Superintendent Hank Grishman informed parents of the situation, addressed their concerns and informed them of upcoming DEC tests on the quality of the air, water and soil on school grounds. These tests resulted inwhat the DEC deemed “normal levels.” 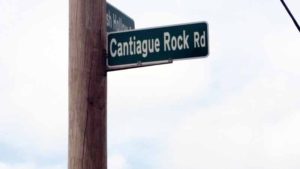 A former PTA mother at Cantiague ES, who chose not to be named, vividly remembered the eventful PTA meeting with Grishman.

“Mr. Hank Grishman is not only our superintendent,” she said, “he’s also a grandfather of three kids who attend or will be attending the school. The contamination is not only professional, it’s also personal to him.”

The first substance, TCE, is commonly used as an industrial solvent. It is highly carcinogenic and can depress the central nervous system. According to the DEC, its presence may have resulted from the artificial leather and plastics manufacturers located at the site, as well as the sportswear manufacturers nearby. 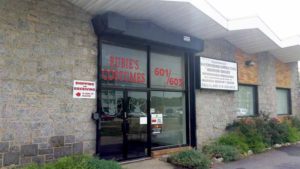 The second substance, PCE, is widely used for dry-cleaning fabrics and is also carcinogenic. The high levels may have resulted from an industrial dry cleaner located in the area.

Both substances are capable of forming dense non-aqueous phase liquids (DNAPLs) in high concentrations, meaning that they are denser than soil and water and therefore collect at very deep levels and move easily underground. For this reason, they can be more difficult to clean up than surface oil spills.

The DEC announced a remediation plan in April 2016 that involves planting two air injection wells at the rear of the building at 601 Cantiague Rock Rd., presently operated by Rubie’s Costume Company. With these wells, in-situ chemical oxidation (inserting chemicals called oxidants that break down harmful chemicals into harmless ones) and enhanced bioremediation (using micro-organisms to break down the chemicals even further) will be implemented.

This is not the first time such contamination has occurred in the Cantiague Rock Road area—in fact, a few years ago, similar contamination was found only 0.9 miles away from the site. At 70, 100 and 140 Cantiague Rock Rd. in Hicksville, where nuclear fuel elements for research and electric power generation reactors were manufactured by Sylvania Electric Products from 1952 to 1966, the groundwater, soil and air were found to be similarly contaminated with TCE, PCE, nickel and even uranium. The DEC oversaw a voluntary cleanup by Verizon, the site’s current owners, from 2003 to 2005. 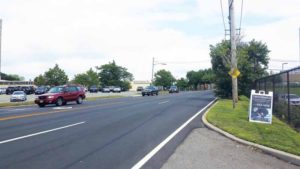 However, since then, the site has been the center of constant controversy, with former workers contracting rare cancers and filing lawsuits, local residents calling for further investigation and even the Star Foundation of East Hampton—a group concerned with nuclear contamination issues—calling for federal action, according to previously published reports.

The DEC has not made any link between the sites but the prevalence of such environmental hazards has many Long Islanders worried, including the former PTA mom from Cantiague ES.
“Naturally, we were all very alarmed,” she said. “Members of the board inquired about logistics and actions on how to tackle this enormously man-made blunder that is not only plaguing the Cantiague community but also neighboring Hicksville. Visions of our children’s well-being at risk gripped at our hearts.”

Despite this local reaction, the DEC representative explains that the remediation process cannot begin until “all potentially responsible parties at Inactive Hazardous Waste Disposal Sites are first given the opportunity to pay for or perform the remediation.”

“The DEC cannot continue until one or more parties reaches an agreement with the DEC or, if this doesn’t happen, it receives funds from the state through the Superfund program instead,“ explained the DEC representative. “Therefore, it is estimated that the remedial action may begin in about two years.” 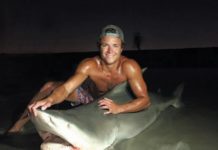 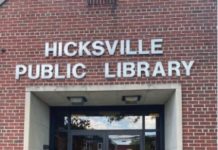