Too bad Mel Gibson was late for his own premiere. Otherwise Tom Cassese, a nice Catholic boy from Hicksville, might have encountered his fellow religionist on the red carpet at Cannes.

If they had been in proximity, it’s doubtful that the paparazzi would have paid attention to Cassese while the once A-list actor-turned-infamous renegade, 60, “kissed and canoodled” (in the words of a tabloid) with 25-year-old girlfriend Rosalind Ross.

The French Riviera. The most prestigious film festival of them all, with glamour and talent galore. It’s where the world’s greatest moviemakers go to screen their latest films.

And it’s where aspiring directors like Cassese go to show off their novice efforts, make contacts that will pay dividends down the road, and help launch careers in this most difficult of businesses.

He got to meet people such as Iggy Pop and Jim Jarmusch (the latter filmed a documentary about the former) and rub shoulders with the Spielbergs and Scorseses. In short, it was a dream come true for the budding artist from the suburbs.

By the way, Gibson got a rousing reception after screening his latest, Blood Father. Cassese was in the audience, applauding as well. He believes that filmdom wants to see Gibson redeemed.

A graduate of Chaminade High School and the Lawrence Herbert School of Communication at Hofstra University, Cassese caught the creative bug early.

His parents, Mike and Sue, moved to Hicksville when he was young. Mike is a supervisor with the Westchester County public works department, while Sue works in the central offices of the Diocese of Rockville Centre.

Cassese attended Holy Family School and is an active communicant at Our Lady of Mercy parish (as head sacristan, his duties include arranging the liturgical books, the vestments and other things necessary in the celebration of Mass).

In high school, he reached scouting’s highest rank, Eagle Scout, and in the process raised more than $8,000 to create a prayer garden at the church.

His senior thesis project was titled Wanted. He scripted it in the summer of 2014, shot it in February of 2015, and finished post-production in time for his graduation. The film, in his words, “follows the leader of a street gang who dreams of becoming a notorious criminal, but the rest of the gang wants to live more respectable lives.”

In the frantic weeks of his end days at Hofstra, while working on his thesis, Cassese got an unexpected break. Campus Moviefest, billed as the “world’s largest student film festival,” an organization that supplies all the equipment and training necessary for collegiate filmmakers, came to Hofstra and accepted submissions. Per the rules of Moviefest, the movie had to be conceived, scripted, shot and edited  in the space of one week.

Cassese and his collaborators rose to the challenge.

“We sat around and discussed some possible ideas,” he related. “I keep a notebook with ideas—no matter how bad it is, I write it down.”

They decided on the premise of “What would you do in the final moments, when the world is coming to an end?”

The resulting film, Concurrence, is mainly silent and chilling at under five minutes. It follows six people whose everyday concerns are put in perspective when the familiar, jarring emergency alert signal blares on their TV, and an incongruously soothing voice informs them that a ballistic missile is heading to their city and there is no time to get away.

Cassese was eight years old when the world changed on September 11, 2001 and, like many of his generation, was imprinted with the quasi-apocalyptic implications of that fateful day.

One of the actors, Dennis Holland, told him the movie brought back fearful memories of growing up in the Cold War, with the “duck and cover” school drills in case of a nuclear attack.

It cost $20 to make the film, Cassese joked, with pizza and a six-pack for Holland (who has acting and voiceover credits) making up the bulk of the costs.

On To The Festivals

Concurrence was entered in the 15th annual Campus Moviefest festival, where it won the Hollywood Award for Best Drama, and it was also an official selection at the 25th annual Woods Hole Film Festival.

The short was a featured film on Virgin Airlines flights in 2015.

Campus Moviefest has a deal with Cannes, and by earning an award, Concurrence was automatically entered into the 2016 Cannes International Film Festival Court Métrage Short Film Corner Selection. Cassese submitted Wanted on a whim and it too, earned acceptance.

He got to do a Q&A panel after the screening. Joining him at Cannes, thanks to a successful “Go Fund Me” campaign, were Joseph Rocco Plescia, director of photography, and Jenna Scardino, actress and one of the writers of Concurrence.

Since graduating, Cassese has utilized his knowledge of high-end software to work on post-production on several TV shows, including the Discovery Channel original series Pacific Warriors and of late, Truth TV’s Comedy Knockout.

A talented and original draftsman, Cassese creates his own storyboards and plans to do animations as well as live action films. He has been hired by Virginia-based Mascot Books to illustrate a children’s volume and has submitted storyboards to both Nickelodeon and Frederator Studios. If accepted, those companies will provide the funding and technical help to turn his ideas into animated shorts to be distributed on the internet.

“My dream is to keep going,” he said. “I want to make a feature film in the next few years. The biggest problem going forward is to get funding for projects.” 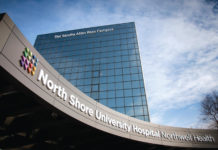 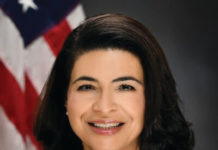 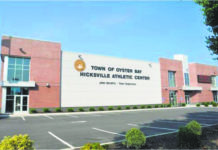