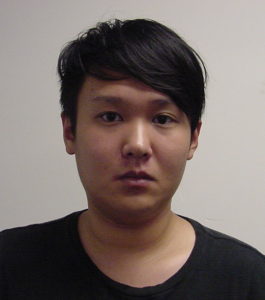 Nassau County District Attorney Madeline Singas announced that a Westbury man was sentenced on Sept. 15 to 14 days in jail for beating his two-year-old Pomeranian to death. The defendant beat the dog causing severe internal injuries and broken ribs that caused the animal’s death. Prosecutors recommended an eight month period of incarceration.

Bing Jie Yang, 25, a student from China studying at Adelphi University at the time of the incident, was found guilty of misdemeanor animal cruelty in July after a trial that lasted five days before Acting Supreme Court Justice Jerald Carter. In addition to a period of incarceration, Judge Carter signed an order prohibiting Yang from owning or caring for an animal for three years. The defendant will also be required to register with Nassau County’s Animal Abuse Registry within five days of his release from jail.

“This helpless dog died a horrific death at the hands of the man who had a responsibility to care for him,” Singas said. “No pet should ever be subjected to this kind of abuse, and my office will continue to bring these cases and to fight for stronger laws that reflect the seriousness of crimes like these.”

Singas said that Yang repeatedly struck his dog, named “Dan Dan,” after the animal soiled the carpet in his Westbury apartment on April 7, 2015. After the beating, the defendant left the injured animal for at least an hour, and only then did he take the unresponsive dog for medical care. Veterinary staff were unable to revive Dan Dan and contacted the Nassau County Society for the Prevention of Cruelty to Animals (NCSPCA) for an investigation into possible animal cruelty.

A joint investigation with NCSPCA and the NCDA Animal Crimes Unit, which included forensic analysis by the Cornell University’s College of Veterinary Medicine Anatomic Pathology Section, determined that Dan Dan had suffered blunt force trauma about his body and suffered from fractured ribs, a fractured liver and internal bleeding in his brain.

The Nassau County District Attorney’s Office has also sought to change antiquated laws related to animal crimes that are currently classified in the state’s Agriculture and Markets Law. The Consolidated Animal Crimes Bill (CACB) was introduced by this office in 2012 in an effort to protect animals and prosecute animal abuse cases. Singas has continued to fight for the passage of the bill in Albany. Under the bill, an offense like the one the defendant committed would be punishable by up to seven years in prison. 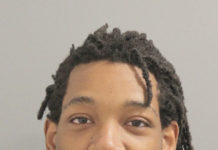