In the aftermath of a recent Citizens Campaign for the Environment report that named a well in Hicksville’s water supply as having the largest quantity of the contaminant 1,4-dioxane on Long Island, the Hicksville Community Council held a meeting on Thursday, April 6, to address residents’ concerns. Rich Humann, the president and CEO of H2M architects + engineers, which acts as the Hicksville Water District’s engineering firm, was the evening’s presenter, and he began by explaining why the possible carcinogen might have been detected in the first place.

“1,4-dioxane is present in a lot of substances. It’s known as a solvent stabilizer,” Humann said. “A lot of cleaners have it as a stabilizer. It’s found in some foods, cosmetics, deodorant, shampoo. So because it’s found in a lot of places, when you go and test for it, throughout the country, there were some localized areas where they found a greater prevalence of 1,4-dioxane, and Long Island was one of them.”

According to Humann, about 70 wells around Long Island were found to have some level of 1,4-dioxane. The well on Newbridge Road, across from Holy Trinity High School, when sampled, was found to have a concentration of 33 micrograms per liter of the contaminant. The well was taken out of service more than a year ago and held in reserve, meaning it would only be turned on in an emergency, such as a fire.

“We were looking for some guidance, but there really wasn’t any guidance,” Humann said. “One of the challenges that all of the water suppliers had was, [with] all of the contaminants they were sampling in this program, the EPA doesn’t provide any guidance that says, ‘okay, if you find a certain number, what does that mean? What’s the context of the number? How do you communicate with the public based on that?’ So it was really left up to the water suppliers to kind of get this information and figure out what [it means].”

Part of the reason that the Federal Government hasn’t established a standard for 1,4-dioxane, Humann says, has to do with the fact that the contaminant is not prevalent on a national level. Humann cited the pollutant Methyl tertiary-butyl ether (MTBE) as a similar example, noting that it has been on the water district’s radar since the early 2000s, but still does not have a federal safe drinking standard.

However, MTBE does have a New York State standard, and Humann is hopeful that the state will step in and give the water district a number to work with for 1,4-dioxane.
“With 1,4 [-dioxane], what we’re waiting for is, if the Federal Government doesn’t set a standard, perhaps New York State will set a standard,” Humann said. “Any water supplier that has detected it at a concentration that might be above a standard needs to know what the standard is, so that they can design a system to remove it.”

Standard or no standard, the district seems to understand that there is work to be done, as it has already established a pilot program, modelled on the “advanced oxidation program” that the Suffolk County districts have been using. The process, done using an oxidant and a UV light, destroys 1,4-dioxane by turning it into carbon dioxide and water. According to Humann, the district performed a study using chlorine as the oxidant and found that, by varying the doses of UV light, they could remove the contaminant successfully.

“We’re prepared with a system that we feel that we can implement pretty readily,” Humann said. “We’ve already put some reports together that we’re going to be submitting to Nassau County and the New York State Department of Health, just so we can be prepared, if a standard gets set, that we know we have the technology to remove it.”

However, the pilot program could face obstacles that go beyond the scientific realm. The cost to carry out a program of this magnitude, Humann acknowledged, would be “significant.”

“The lamp intensity [needed], it’s a relationship where the greater the lamp intensity, the better the removal. And one of the units is a 200 kW unit,” Humann lamented, which elicited a few groans from residents. “For those of you who understand how much electricity costs, it’s very expensive.”

But the good news, Humann said, is that the commissioners of the New York State Department of Environmental Conservation and the New York State Department of Health have thus far been supportive. He added that there is a statewide infrastructure budget of $2 million and that “all of our Long Island delegates are trying to pull as much of that as they can.”

“They are very sensitive and very aware that they need to make funding available for any municipality that’s going to be dealing with this,” Humann said, noting that the project would depend on both grants and low-interest loans. “They’re going to understand… [they can’t] just add that burden to the taxpayer. [They have to] try to figure out a way to find some funding.” 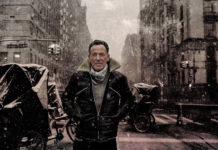 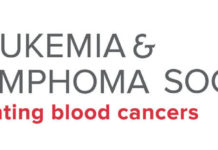 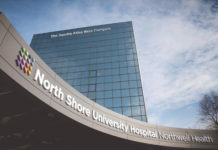