When it comes to taking credit for completion of the ongoing Ronkokoma Long Island Rail Road double tracking electrification project between Farmingdale and Ronkokoma 16 months early, Governor Andrew Cuomo’s State of the State ghost speech writer clearly did not do his or her homework. They missed past transportation history for Ronkonkoma branch electrification going back to the 1980s.

Completion of Ronkokoma LIRR branch double tracking will cost $387 million. Double tracking from Farmingdale to Ronkonkoma was part of the original scope of work for electrification of the Ronkonkoma branch. It was completed in December 1987. To save the project due to insufficient funding, double tracking was dropped in favor of single track electrification and passing sidings. The project will not be completed 16 months early as Cuomo boasted in his speech, but rather 31 years late.

Completion of double tracking on the Ronkokoma line with introduction of 30 minute off peak service by December 2018 will add two dozen or more trains each day operating on the Main Line. There will be no increase in rush hour Ronkonkoma branch service. Without finishing Main Line Third Track by December 2022, along with East Side Access by December 2023, there is no room at Penn Station or Grand Central Terminal for additional Ronkonkoma rush hour trains starting in 2024. There is no capacity on the existing Main Line between Floral Park and Hicksville to accommodate any additional rush hour trains on the Ronkonkoma branch. Rush hour capacity can only be increased by construction of the proposed Main Line Third Track project. Penn Station has been operating at 100 percent capacity for decades. Amtrak, New Jersey Transit and Metro North also have competing long term plans to increase Penn Station service.

There is a direct relationship between completion of the $2.6 billion Main Line Third Track and $10.8 billion LIRR East Side Access to Grand Central Terminal. According to the MTA Federal Transit Administration Amended Full Funding Grant Agreement, this could end up closer to $12 billion. Without a Third Track, the LIRR will not be able to achieve 100 percent utilization of Grand Central Terminal East Side Access. The original East Side Access environmental document promised 24 trains per hour during peak service periods.

This would supplement 42 trains per hour during peak service periods to Penn Station. There is insufficient capacity for feeding west bound a.m. rush hour and east bound p.m. rush hour trains from both Penn Station and Grand Central Terminal with only two Main Line Tracks. The third track is also needed for reverse commuter service, trains returning east in the morning and west in the evening to make additional rush hour trips and non-revenue train movements.

When it comes to paying for all his promises, Cuomo reminds me of Wimpy who famously said “I’ll gladly pay you Tuesday for a hamburger today.” Long Island taxpayers and LIRR riders should be prepared to stand by for higher fares, taxes, more debt and borrowing in coming years to cover the costs for all of Cuomo’s $100 billion worth of transportation promises. 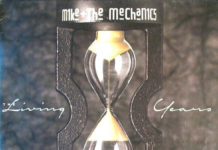 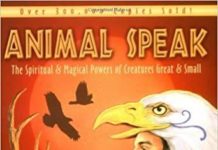 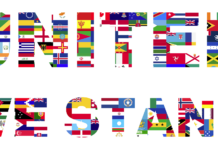 Editorial: It’s For Those Who Need Us