If you asked a third-grade student what they wanted to be when they grow up, chances are they would look at you funny and say, “I don’t know.” But if you stopped in Hicksville’s Woodland Avenue Elementary School when Melissa Kuch was in third grade, she would have quickly responded that she wanted to be a writer. Now, a little more than two decades later, Kuch is living out the dream she’s always had with the release of The Control, the third book in her The Hypothesis of Giants series.

“I was inspired by my third-grade teacher, Lisa Dawber, and it was incredible that she helped foster the love of writing in me at an early age,” explained Kuch, a native of Hicksville. “We had an author reading night where we invited our parents and we got to read our book in front of the whole class. It was super exciting. At that moment I knew I wanted to be a writer, and ever since then I was always writing.”

As she’s grown from the hallways of Hicksville’s schools to the comfort of her home in Massapequa Park where she now lives with her husband and daughter, Kuch hasn’t stopped writing. Whether it be playwriting in her 20s or jotting down short stories outside of her full-time job, Kuch said that no matter what, writing is a part of who she is. In fact, writing is so much a part of her that the inspiration for her book series came in a dream.

“I had some crazy dream that I had been riding along with a giant and it was so bizarre. I don’t know what I ate the night before, it was crazy,” Kuch joked. “But it stayed with me and I was like, ‘I wonder what this means. Why do I remember it, why does this keep coming back to me?’”

Her husband then mentioned the Aurora Borealis and it sparked an idea to further expand upon her whimsical dream.

“I did some research and I found out that Aurora was the goddess of dawn and Boreas was the god of the north winds. I said, ‘How cool would that be if modern-day teenagers in a dystopian world developed these powers and had to help this giant get to the Northern Lights?’ From there I started doing the series,” Kuch said. 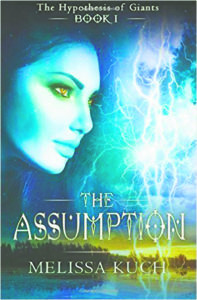 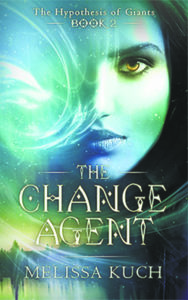 The Assumption, The Change Agent and The Control are the first three books in the series, with the fourth and final installment expected to be out within the next year or two. The young adult series follows Aurora Alvarez and Boreas Stockington, two teens who are prophesized to help Otus, a 30-foot-giant, reach the Northern Lights to prevent the cataclysmic Geometric Storm.

The young adult series has empowered Kuch to conduct author readings and workshops throughout Long Island, with goals to expand her reach throughout the tri-state area and beyond.

“I wanted to try to foster that love of reading and literacy for the young generation. Everyone is on their smartphones now and there’s so much technology and distractions, and I think the written word is so powerful and so important,” Kuch said of why she decided to do workshops. “I’ve been doing workshops in schools, in libraries, and it’s been great talking about my journey and it’s been so wonderful to meet the students and being able to inspire them hopefully to write their own stories.”

To celebrate her latest release, Kuch is partnering with Turn of the Corkscrew Books and Wine, an independent bookstore in Rockville Centre, to host a launch party Friday, April 27. Open to all, the event will run from 7 to 8:30 p.m. and will feature Kuch reading an excerpt from her book.

Kuch, who is self-published through Amazon’s CreateSpace, emphasized that young writers should follow their passion and always keep paper and a pen on hand because “you never know when you’re going to be inspired.”

“I’m so happy to know that this is part of who I am, this is what I want to continue to do,” she said. “I think fear holds back so many people. Just write and do what you love. Especially now with the Internet there’s so many ways to get your work out there. I think that every day, if you’re not doing what you love to do you’re going to regret it. Don’t be afraid to live your dream.”

The Hypothesis of Giants series is available on Amazon, at Turn of the Corkscrew Books and Wine, 110 N. Park Ave. in Rockville Centre and at the Hicksville and Massapequa Public Libraries.