There is still more to “Third Track Work To Begin End Of Year” by Betsy Abraham. Only 10 of the 50 project components will be initiated over the following 12 months. That will leave only two years to complete the remainder of 40 other project components.

The success of starting full 24 trains per rush hour peak along with reverse commuter service for Long Island Rail Road East Side Access to Grand Central Terminal is directly dependent upon the Main Line Third Track also being completed by December 2022. Earlier this year, MTA officials promised that the most recent construction recovery schedule was guaranteed and written in stone for service to begin by December 2022. Just like all the other previous promises going back to the original 2009 completion date, this now appears to have crumbled to dust. Don’t be surprised if the final completion date for the LIRR Main Line Third Track, with 40 more project components to be initiated in the last two years years, slips several months or a year from the original promised December 2022 date to December 2023 or later.

The LIRR has a very sophisticated yearly annual schedule for management of capital improvement projects, along with assignment of Force Account (LIRR employees), track outages and procurements (purchasing of capital items) to ensure maximum efficient utilization of resources. Does the LIRR have enough workers and scheduled track outages to support Main Line Third Track along with East Side Access to Grand Central Terminal, Positive Train Control, Jamaica Station Capacity Improvements, new Ronkonkoma Storage Yard and LaGuardia Air Train Willets Point Station (just to name a few) along with all the other numerous annual state of good repair and safety projects and programs to meet Main Line Third Track budget and schedule?

Will there be any slow work zone areas resulting in train schedule service delays as the first ten projects begin to be underway. Will this result in adding several minutes to the travel time for commuters on some trains?

How much work over the next three years will be performed evenings, overnight and on weekends? We already now know that work for the Covert Avenue street crossing will run 24 hours per day five days per week for one year. How many of the other 49 projects within Main Line Third Track will require the same amount of time or more? Main Line Third Track is an incredibly complex project to perform 100% of the work within and adjacent to two active tracks. It is like a doctor attempting to perform open heart surgery on a jogger who is running a 26-mile marathon. There are 194 weekday and 152 weekend trains serving riders on the Huntington/Port Jefferson, Oyster Bay, Ronkonkoma and Babylon to Speonk branches. This does not include additional LIRR work trains, freight trains and movements of non-revenue passenger trains not in service.

How many times per hour will work stop when a train passes by? Don’t be surprised when you learn that a significant portion of construction work ends up taking place evenings, overnight and on weekends when there is less activity on the Main Line.

Each grade crossing elimination may require several weekend track outages resulting in partial to full suspension of Main Line service. Will there be any need for future 24/7 shuttle bus service between Jamaica and Mineola or Hicksville? Costs for substitute bus service could easily run into the millions over the projects construction.

What will the future impact of any access improvements to the Belmont Park Islanders Arena LIRR Station be to the Main Line Third Track schedule? How would potential installation of new interlockings west of the Floral Park Station be coordinated with the Main Line Third Track? This would be necessary to provide direct access east of Belmont Park versus traveling west bound to Jamaica followed by changing to another train so riders can double back east to the Belmont Park Islanders Arena Station.

When will the MTA/LIRR share this information with commuters, residents, taxpayers, transit advocates, elected officials and the media to build credibility for this project?
Based on past experiences and history with other major projects such as LIRR East Side Access to Grand Central Terminal, don’t count on Main Line Third Track being completed by December 2022 and now early 2023 as promised by the MTA LIRR.

Larry Penner is a transportation historian, advocate and writer who previously worked in 31 years for the US Department of Transportation Federal Transit Administration Region 2 NY Office. 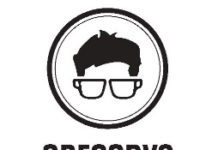 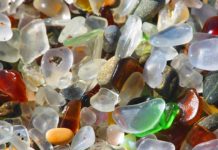 The Wonders Of Sea Glass