Hicksville High School sophomore Guillermo Reyes, a member of the varsity wrestling team, is the first Hicksville student to qualify for the individual state wrestling championship since 2001. Guidance counselor Russell Garcia is one of the coaches of the wrestling team who helped coach the sport back to prominence in Hicksville for the first time in more than a decade. The state championship, which was held in Albany on Feb. 22 and 23, featured some of the most accomplished wrestlers from across the state.

Reyes went 34-4 overall in match play this year, and finished second in the county tournament in his weight class. He received one of a few second-place wild cards.

This was Reyes’ third year on the team after he was called up to wrestle at the varsity level in eighth grade. He has been training since the summer by going to offseason camps with team coaches Garcia and Rich Carroll. Reyes has also taken on the role as a team leader in spite of his younger age. His teammates look to him as a role model because he has tried to teach them “not to slack off or slack on reps, and to keep pushing themselves each day.”

Reyes stated his expectations and motivations for next year are to “aim higher, place top six in states and to have more teammates make counties and to stay hungry throughout the whole season.” In asking Reyes what other types of activities he has done throughout his life to help his recent success, he said that he used to box. It made him “mentally tough and to not be scared of any opponent.”

Garcia is extremely proud of Reyes and the team overall, and can’t be more excited to go into next season.

“It is just the beginning. It’s all about building up and getting back, it has been our most successful year as a team since 2001. We showed up by coming close each and every match,” he stated, which is a testament to the work ethic he has tried to instill in his team since before the start of the season.

Reyes has a big future ahead of him as he looks to lead the Hicksville High School varsity wrestling team to a level of achievement not seen in many years. The motivation and talent are most certainly there, and it looks to be only good things ahead for this team, the coaches and Reyes himself. 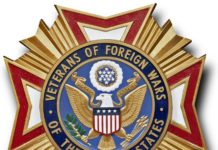