LIRR employee overtime and pension abuse has been going on for years. It has been repeatedly documented by internal MTA, Office of MTA Inspector General, State Comptroller, Citizens Budget Commission, Empire Center for Public Policy audits and reports, along with numerous newspaper stories. Governor Andrew Cuomo and his appointed MTA Chairman Patrick Foye and MTA Finance Committee Chairperson Larry Schwartz recent outrages on this issue remind me of Captain Renault from “Casablanca” who said “I’m shocked…shocked to find that gambling is going on” while at the same time collecting his winnings. Union leadership has out negotiated management at contract renewal time for decades. It is evident that MTA and LIRR do not have an up-to-date payroll system which would flag such abuses. Supervisors who routinely sign off on overtime work hour abuses by employees need to be held accountable. The same is true for those who manage agency budgets, along with MTA board members, MTA senior management team, agency presidents and the MTA chairman.

Diogenes is still searching for someone to represent riders and taxpayers who foot the bills. Asking MTA police to serve as truant officers makes no sense. Fighting crime and fare evasion along with protecting MTA capital assets is clearly their primary mission. Besides, MTA police periodically have their own excessive overtime problems. What’s next, will the MTA hire retired teachers to serve as part-time “hall monitors” to insure overtime is legitimate?

Will future pensions be calculated based on the final year’s base salary and not inflated by overtime? When will Governor Cuomo, Comptroller DiNapoli, State Senate Majority leader Andrea Stewart-Cousins, State Assembly Speaker Carl Heastie and most of their colleagues sign on and endorsed Assemblyman Michael Fitzpatrick legislation. It would prohibit overtime payments from being factored into a retiree’s pension calculations. You could also use the federal employee civil service model. Federal employee retirement pension calculations are based upon the average past three years salary prior to retirement. It doesn’t include overtime. Will elected officials such as Cuomo and others who depend upon transportation union endorsements, campaign contributions and volunteers stand up against their benefactors and openly support MTA management in instituting these reforms during contract renewal negotiations? Will riders have the stomach to put up with potential work slow downs, service disruptions, employee sick outs and potential strikes by unions who are not going to be willing to give up these perks? Without these changes, it will continue to be the status quo.

Larry Penner is a transportation historian, writer and advocate who previously worked 31 years for the United States Department of Transportation Federal Transit Administration Region 2 New York Office. This included the development, review, approval and oversight for billions in capital projects and programs for the MTA, NYC Transit, Long Island Rail Road, Metro North Rail Road and MTA Bus along with 30 other transit agencies in NY and NJ. 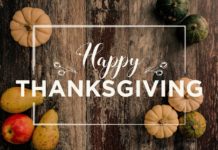 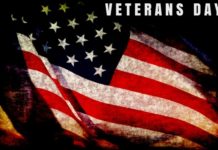 Dale Dye And The Importance Of Veterans Day