The Making Of A Youth Leader 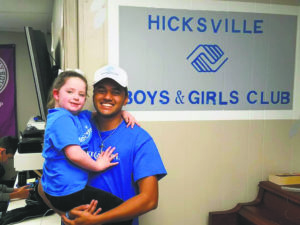 For passersby, it’s just another building along the side of the road. But for a plethora of Hicksville’s youths—and other communities’ children as well—the unassuming white, two-story structure is what they call their home away from home. It’s the Hicksville Boys & Girls Club, an official chapter of the Boys & Girls Clubs of America.

Throughout the year, special trips and carefully designed programs are implemented by the Hicksville club to allow local children to escape their everyday lives and use their “time, energy and talents in a positive manner,” states the local chapter’s website. Behind these activities is 22-year-old Nick Singh—the Hicksville Boys & Girls Club Program Director and a veteran 10-year member. The Hicksville News spoke with Singh to learn about his role in leading our local youths and changing their lives for the better.

Q: How did you initially get involved with the Hicksville Boys & Girls Club?

A: I grew up in Queens and just faced a lot of adversities and the Boys & Girls Club kind of took me in. I didn’t see myself working with kids, but I started [at the club] when I was 12. Then I just learned the importance of giving back and then I saw how other people were struggling just like me and when I turned 14, I became a volunteer for [the club] and I started mentoring other people. I never heard “I’m so proud of you” until I got [to the club], I never heard “I love you” until I got there, and that’s kind of really what captivated me to be where I am today and why I’m working there still. 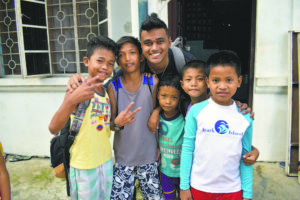 Q: What prompted you to walk in the doors to begin with?

A: He’s like my best friend now, his name is Harvey. At that time, he was their program director. He was the guy, as soon as I walked in there were so many kids and I was like, “yeah, I’m not staying here,” because I’ve always been isolated, but he was the one that kind of grabbed me and he started talking about sports, and he gave me the time that I never had [received before]. As soon as I spoke to him, other kids started coming to me. But because of him and right after his very warm introduction toward me, all the kids gave me their attention. It was something that I never experienced [before] and it felt really good and so I just gave it a try a second day and then the third day it ended up being 10 years [that I would become involved for].

Q: How did you come into your current position?

A: I started working as an employee after I was named Youth of the Year. I was working alongside Harvey, he was the program director, and when he moved on, Tom [my boss] appointed me [to Harvey’s] position.

Q: Tell me about everything you do in your role?

A: We work hands-on with the kids, we mentor the kids, support them, give them guidance. I think being patient with each kid is very important. Each kid has a different background, especially when you’re working with teenagers, they all are going through some sort of different life experience and they all come from different backgrounds. I think if you give each kid the same amount of time and support and you be consistent with them, I think that’s what being a youth development professional is all about. And I facilitate all the programs and the trips. I put together 23 trips this summer. 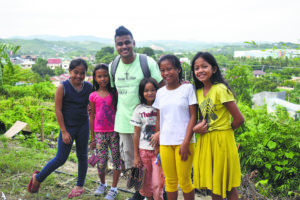 Q: What is most rewarding about what you do?

A: The most rewarding is to see how far they’ve come and how successful they are. I don’t think anything can beat that. Just to see how much they’ve developed, it just makes me so proud and it makes me feel good because I know I’m doing the right thing. Although, I always say it’s not about me. I don’t ever take recognition for anything that I do because I don’t want that. It’s me trying to do the right thing and giving these kids something that I never had growing up.

Q: What are your ultimate goals for the clubs as you continue to lead in your position?

A: Just continue what I’m doing—it’s worked. Just continue giving that warm welcome feeling to each kid that walks into the Boys & Girls Club, just like what Harvey did for me.

Q: Why is it important for communities to have a Boys & Girls Club? 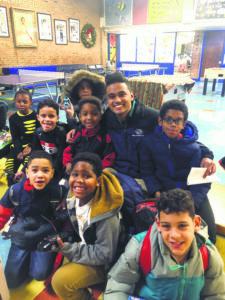 Q: What are your best words of advice for kids growing up today?

A: If there’s an issue, it will get resolved. Just look around you and just see the beauty of everything else around you. I don’t believe in distracting a kid from an issue because the issue will still be there, but learning how to go through that issue in a positive way. It’s OK to be upset because you’re going through something tough, but try not to be trapped in it to where you’re just locked into that.

Outside of his leadership roles within the Hicksville Boys & Girls Club—and among many other charitable opportunities he is involved in—Singh is also a lead wish granter with the Make-A-Wish Foundation across the five boroughs and Nassau and Suffolk counties. This past April, Singh cofounded Experiences-4-Causes, a 501(c)(3)-pending group that “fundamentally seeks to create unforgettable, meaningful and personal once-in-a-lifetime experiences to those in need, of all ages,” as stated on their website.