This letter is in response to the editorial “Concentrate.”

“How should I describe it? The most painful picture, when people were treated worse than animals. They take care of animals, but they didn’t take care of people.”

This is a quote from my grandfather, speaking of his experience in the Transnistria concentration camp during World War II. This camp was unique in that it became known as “the forgotten death camp.” Rather than systematic murder, in Transnistria, the goal was to enforce hard labor and essentially work you as a malnourished slave, until you die.

As the grandchild of Holocaust survivors, I learned firsthand the sensitivity with which these memories must be treated. Today, the term ‘concentration camp’ evokes an emotion in men and women around the world that words can never describe. It will forever be connected to the murder and abuse of millions of men, women and children during the Holocaust.

As the crisis at our southern border continues, many politicians and media commentators have declared our border facilities as ‘concentration camps,’ which has attracted tremendous attention. These border facilities are made up of migrants fleeing their home country in hopes of creating a better future. While the border crisis must unquestionably be resolved, simply declaring our border facilities as ‘concentration camps’ will fail to help the migrants in any way, and it will only attract attention to the politicians and media commentators who do so. It is disrespectful and offensive to the victims, survivors and families of Holocaust survivors to use their pain to help further another cause.

Alexandria Ocasio-Cortez, a politician perpetuating the ‘concentration camp’ claim, was offered the chance to visit a WWII concentration camp with a Holocaust survivor, which she immediately rejected. Why would Cortez, who declares herself to be a passionate protector of the less fortunate, reject the chance to learn from the most tragic human rights violation in history? During the Holocaust, millions of men, women and children were systematically placed in gas chambers and burned alive.

As the late Elie Wiesel once said, “Never shall I forget the little faces of the children, whose bodies turned into wreaths of smoke beneath a silent blue sky.” Many stood silent during WWII as millions were murdered, and once again today, Cortez is standing silent and ignorant to the pain the Holocaust has caused.

Next, there is a crucial distinction between today’s border facilities and concentration camps. These migrants have left their countries willingly and have attempted to illegally enter the country in hopes of creating a better future. No sovereign nation can reasonably allow open borders. To do so would mean ignoring all potential for disease and malicious intent to enter the country. Although strong immigration is a foundation of this country, proper vetting is needed. Ultimately, migrants enter border facilities at their own will and are temporary destinations while a brighter future hopefully awaits.

My grandparents were forcibly taken from their home, squeezed into cattle cars and ultimately placed in a concentration camp, where the Nazis hoped all would die. These concentration camps were meant to be their final destination on this earth. My grandfather once told a story, which enlightened me to the pain he experienced, and the trauma the families of these men and women have faced ever since. Every winter between 1941-44, a large portion of those living in the concentration camp would die. Due to the freezing temperatures, the ground would freeze, resulting in an inability to bury the dead. Not knowing what to do, the German government sent wagons to collect the dead and proceeded to pile them one top of the other in a cemetery, creating a giant mound of corpses until springtime. This was daily life in a Nazi concentration camp, a world where animals were treated better than humans.

Almost a century later, with fewer Holocaust survivors alive today, we must act with extreme sensitivity to ensure their memories live on. Declaring border facilities as ‘concentration camps’ will not bring any improvements to the border crisis. To truly witness any significant progress, political differences must be set aside, concessions made and bipartisanship must once again be embraced. May humanity never again see the pain of the Holocaust, and the horrors my grandparents once witnessed in a German concentration camp. 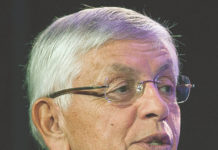 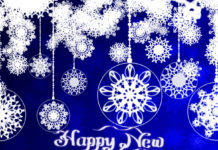 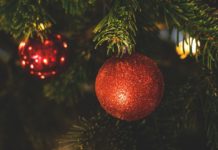