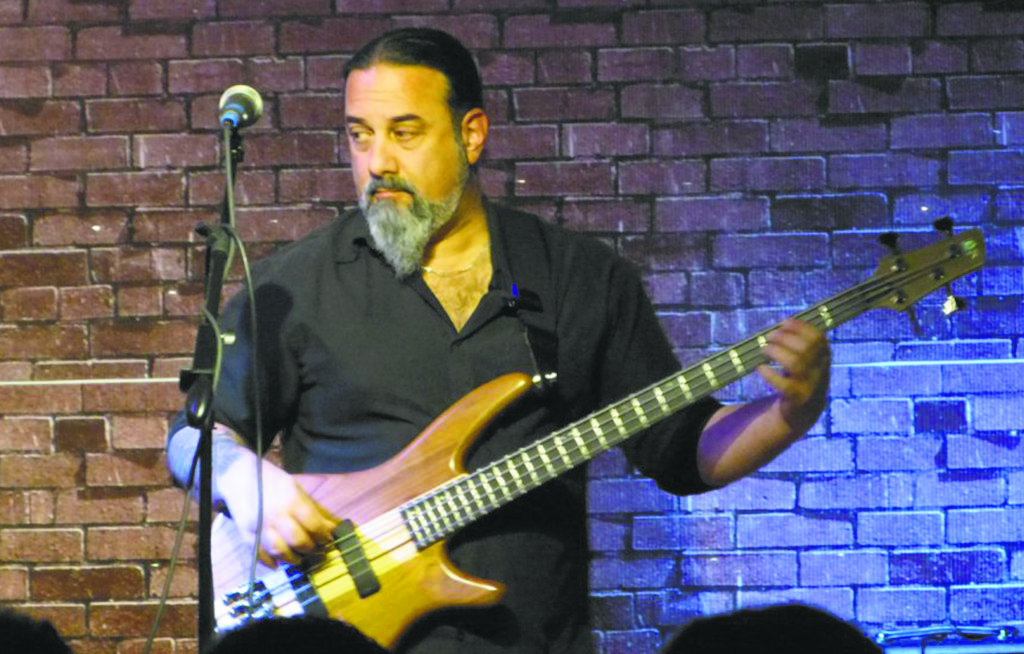 The Mansion at Glen Cove was recently home to Steve Vai Academy 5.0, the four-day learning event dedicated to all things guitar. Invited to strum his bass with the greats was Hicksville’s Guy Brogna.

Steve Vai, a Carle Place native, has hosted his namesake event for the past five years in an effort to provide attendees with the opportunity to learn the ins and outs of guitar with the most experienced players around.

“This isn’t the type of event that Steve Vai puts his name on and shows up for an hour a day to play for you,” Brogna explained. “He, along with Larry Mitchell, Joe Satriani, Andy TImmons, Plini and Devin Townsend, are there all day teaching various classes.”

Between workshops and classes, the event also features jam sessions, allowing learners to play right there alongside the greats. Brogna was a part of these jam sessions, playing for four to five hours each day in the rhythm section with the attendees and instructors.

“First of all, I am a big Steve Vai fan, so obviously it was an honor to be considered to do this,” Brogna said of the recent opportunity. “But to also be with all these other incredible guitarists and actually playing with some of them, it was an amazing experience. The feedback that we got from the campers was heartwarming.”

The Hicksville musician, who owns long-standing music store All Music Inc. in Plainview, estimates his love and passion for music began when he was just 4 years old and his grandmother purchased a Beatles album for him. Immortalized in home video footage is a tiny Brogna playing a toy guitar and drum—an early memory of himself playing music.

“I loved music from a young age,” he explained. “I didn’t really start playing until I was around 16. I was at my friend’s house for their band rehearsal and the bass player didn’t show up. They asked if I could play bass and the guitar player just showed me where to put my fingers for a few songs. I don’t know if I was that good but I had the ‘look’ for a rock band, so I was in. Three weeks later, I was playing my first gig doing Beatles, Cream, Doors and Doobie Brothers covers. I didn’t stop from that moment. I went on from band to band playing, learning and getting better on my instrument.” 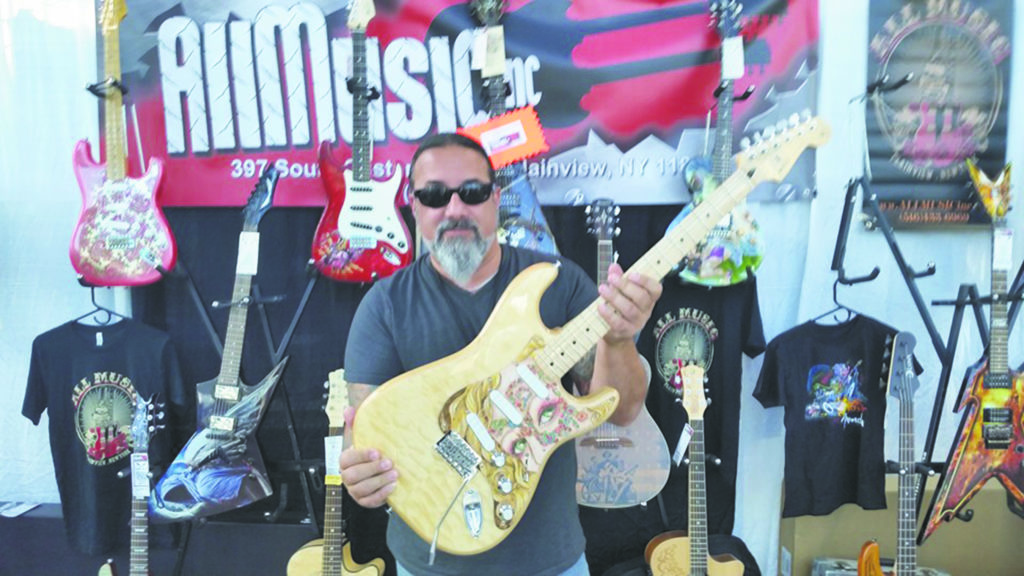 Just as music has played a large role in a vast majority of Brogna’s life, his family is also heavily involved in sharing a passion for music. From taking his children to concerts, he now goes to see shows with them. And his wife is a singer, so there is no shortage of melody around the house.

Playing bass on tour both around the U.S. and around the world, Brogna strummed in the hardcore/thrash band Ludichrist, which later became known as Scatterbrain. In fact, the band’s first music video, “Don’t Call Me Dude,” was aired on MTV’s Headbangers Ball in the ‘90s and introduced by Steve Vai, who happened to be the guest host.

“There is nothing better than playing to a crowd of people that appreciate what you do and see them enjoy themselves,” said Brogna, whose drummer bandmate Mike Boyko was also invited to play in the Steve Vai event.

“Frank Zappa has been a big part of my love for music,” he said. “I discovered him at the ripe old age of 11 and I haven’t stopped listening since. I think the draw for me back then was his music was complicated and so different, as well as being humorous. I was immediately hooked after hearing one of his albums.”

To learn more about the Steve Vai Academy, visit www.vaiacademy.com. For more information on All Music Inc., visit www.allmusicinc.com.