Parents of opioid victim hoping to help those with addiction

“If this can happen to us, it can happen to anybody.”
Plainview resident Lee Kassler iterates these words whenever he goes out to speak about his son, Garrett, who passed away in 2017 from opioid addiction. Lee and his wife, Lisa, started The Garrett L. Kassler Memorial Fund in order to assist those who are struggling with the disease and hopes their story can help others.
“Garrett was your typical young adult with a great personality,” said Lee. “He was very well liked by all his friends. He got along with everybody. But he had these demons inside of him that caused him to not say no.”
When Garrett went off to college, the stress and social pressures of the enviornment led him to a visit with the campus doctor, who prescribed him Xanax. After one or two refills, he was still having issues so he started buying Xanax off campus.

“We thought everything was fine,” said Lee. “He was very up front with us. He told us he was still taking the Xanax and at that time, we knew we had a problem. We didn’t think very much of it because we thought it would subside as he got deeper into his college activities.”
The problem didn’t get better, however. At one point, Garrett had to take a leave of absence of college, come home and be under the care of his parents. Once they felt he was well enough, they were able to send him back where he did very well. However, the problem kept coming back and the problem morphed into more than just Xanax, but oxycodone as well.

“We knew the problem was getting quite serious,” said Lee. “We were never ashamed. We understood that addictions was a disease and that it could happen to everybody. We were somewhat blind-sided by how this could happen to us.”
Garrett eventually started trying heroin, which further escalated his parents’ worries. They put him into intensive therapy, which did not work because one of the problems, according to Lee, was that it is hard for therapists to get in the mind of an addict when they themselves haven’t been addicts before.

“There’s a dual diagnosis with many addicts,” said Lee. “They suffer from diseases such as anxiety and depression amongst other things. Garrett knew he had a problem, realized he had a problem but could not dig himself out of this hole.”
The on-and-off cycle continued for years, but in 2016, things were really looking bright for Garrett. He found himself a nice job and started volunteering for Nassau County’s drug prevention task force to help speak on his experiences. 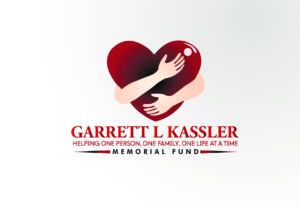 “He spoke to county officials and law enforcement officials,” said Lee. “Garrett and I spoke at various functions and news outlets. He had all of these insecurities but he started feeling really good about himself and what he was doing.”
However, in February of 2017, Garrett relapsed again and, because he was clean for so long, his immune system weakened to the drugs and he passed away at the age of 26.
“He had heroin in his system and that was laced with fentanyl, which has become a huge problem,” said Lee. “Synthetic drugs have become a tremendous problem leading to all of these overdoses. We never turned our back on him. We thought we did all the right things to help him get better.”

To help themselves get through tumultuous times, and to keep Garrett’s legacy alive, the family set up the fund seeking to raise awareness of opioid addiction and how it can affect everyone. At various forums, they share their story and offer guidance to those who need it. They have even been recognized from the New York State Department of Health as an organization that can help train people in the use of Narcan, which is a treatment for those who overdose. They also distribute it in various meetings that they host.
“We’ve given out dozens of kits of Narcan and those kits can be used to save a life,” said Lee. “Of course, that is only the first step in getting a patient better.”

The goal of the fund is to raise money and give it directly to those in need, even if its just to help one person or family. The money can be used to pay for treatment, provide a ride to someone that needs to go to therapy or buy them clothing to go for a job interview. The Kasslers are hoping that, one day, they can provide a scholarship to someone, among other ways to help those in need.
“I don’t know where the journey will take us,” said Lee. “It’s very small. We’re community-based. It gives me some form of comfort that I might be able to help somebody. Garrett was always about being unselfish and always about helping others.”

The Plainview-Old Bethpage Chamber of Commerce is spending the year raising money for the fund, which started with last month’s Fall Festival. They will continue to work with the fund throughout most of 2020.
The Kasslers will be holding their next interfaith forum at the Plainview Jewish Center on Dec. 11 at 7 p.m., where they’ll tell their story, provide advice and give free training with Narcan. To learn more about the fund and how to donate, visit www.glkassler.org.