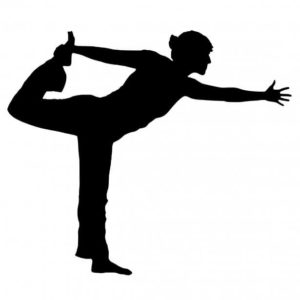 Physical fitness, which refers to a state of health and well-being and the ability to perform certain sports, has become an important part of daily life. While physical fitness is achieved through diet, exercise and a decent amount of rest, it was originally a term which applied to being able to carry out activities of daily living without undue fatigue. It has morphed into different sub-sects, ranging from bodybuilding and weight training to endurance training and running marathons and everything else in between.
When our daughter began her fitness journey several years ago, it all began with her employment at New York Sports Club (NYSC) on Duffy Avenue. Our southpaw first baseperson had always been active, from her days with Hicksville Baseball Association, travel teams and school teams, track teams, karate and gymnastics. Before she began her employment at NYSC, our weight set in the basement had grown cobwebs. I refused to pick them up, for fear of a wolf spider that might have housed itself beneath the shaft. However, once she worked at the gym for a few months, she began to lift those dusty weights in earnest. Her journey continued, through personal training and supplemental drinks, until she was so jacked that her clothes no longer fit. She moved from NYSC to UFC with ease and began a training program that she committed herself to, 24/7. I was one proud mama.

I longed for that type of commitment, especially since I was concerned about osteopenia and osteoporosis. Research states that by stressing one’s bones, strength training could increase bone density and reduce the risk of osteoporosis. I had used calcium supplements for years, but years of high steroidal use due to MS flares put me at risk for a bone fracture. Two summers ago, my daughter brought me to another location of NYSC to help me to train safely and effectively. I was exhausted afterwards, but it introduced me to something that I can only describe as a “runner’s high”. I used to run six miles daily, so I was no stranger to the sensation of an endorphin release of mammoth proportions.

My daughter and I trained sporadically throughout the summer, which led me to the weight set in the basement. While the set was about 40 years old, including the squeaky weight bench that my husband brought from his father’s home when we moved to Hicksville, it was adequate. Several times a week, I made it a point to head downstairs for 15 to 20 minutes of training from a spreadsheet my daughter had made up for me. I learned preacher curls, triceps extension, dumbbell hammer curls and shoulder presses. For a few months, this routine worked well. Hubby had purchased a Total Gym, which now sat in a cloud of dust and dog hair. After wiping it down thoroughly, I began to supplement my training with lower extremity work. I was quasi-committed, because I longed for a better system than the 40+ year old set we owned. Over time, I stopped training in the basement and continued yoga, which has been beneficial for balance, strength and flexibility. It’s also helped me to develop better focus and mental stillness.

As I mentioned in a previous column, I was diagnosed with osteopenia a year or so ago. I realized that I could no longer hope that my bones would get stronger. I knew I had to stress them to help them become denser. I joined Blink Fitness, which filled me with trepidation. When I went to the gym with my daughter, I had someone with me, and I didn’t feel like I stuck out like a sore thumb. Going alone was a whole ‘nother animal. It required me to be brave.

After a month of forcing myself to go, I realized that I could lose weight and change the fit of my clothing by training regularly. These days, I enjoy using the gym at least four days a week, even if I’m only training on the machines for twenty minutes or so. When I leave the gym, I feel exhilarated and happy, which means I’ve released a boatload of endorphins. My neurologist said that I’ve gained balance and some strength, which is enormous. I finally understand why it was so important for our girl to get herself to the gym on the daily. It feels good, it helps you to look good, it improves your overall fitness and strength, and it’s a great way to beat the blues. You can exercise in a chair, on a sofa, or even in a wheelchair, for many routines on YouTube will modify based on your fitness level.

Whatever you choose to do, it’s a boost for your immune system and your mind. During this stressful holiday season, remember to get a little “you” time and get out—and get fit.