As points of the compass go, east is the direction of first light. Looking east at sunrise guides us as we prepare for the day ahead—so too, does its namesake elementary school in Hicksville as its students look to the future.
“This is a wonderful school with a long and important history in Hicksville,” explained principal Jean-Marie Serra, now in her 22nd year as East Street’s educational leader. “There is a certain sparkle to this place. Its façade seems to open its arms to welcome everyone.”

East Street was the third public school built in Hicksville, opening its doors to students in 1927. As students aged out of the elementary grades, the current middle school opened classrooms to older students in 1924.
“By a vote of 90 to 6 on Sept. 10, 1926, the people of Hicksville voted to build a new grammar school, so that, by September of the following year, the overcrowding at Nicholai School, the only public elementary school in town, would be alleviated.”

These comments were written by Betty Banys, a retired speech-language therapist at East Street. In 1951, the school “was modernized, and new wings were added to each end affording much needed space,” Banys wrote in her recap of the school’s history. “During the 1953-1954 school year, East Street had 35 classes which contained 15 sets of twins. On September 30, 1959 there was a total of 12,929 pupils enrolled in Hicksville Public Schools. East Street held 1,089 children.”

While overcrowding was a serious issue at East Street for many years, enrollments declined in the 1980s. Budgets tightened to the point where the board of education recommended closing both East Street and the Willet Avenue schools for the 1990-1991 school year. In March 1993, the board approved a five-year lease of East Street to the Solomon Schecter Day School of Nassau County.

By 1998, populations rebounded in Hicksville and East Street was reopened in a special rededication ceremony held on Sept. 13.
“We had a lot to do before we could reopen for elementary children,” Serra said. “Solomon Schecter was a high school so we had to remove all the lockers and science labs and make the entire building suitable and safe for young children.”

Now approaching its centennial as the district’s second oldest, still-standing school (the Nicholai Street School opened in 1892 but was demolished in 1968; Hicksville Middle School opened in 1924), East Street sits on the smallest parcel—a little over four acres—of any of the district’s schools.
“Parents know that our school is a staple in the community. Generations of the same family have attended East Street. We promote a strong academic background in a happy, safe, and nurturing environment. Our children still watch butterflies grow and duck eggs hatch each spring.”

Today, East Street holds 385 students who speak 14 different languages. After her two-decades plus leadership at the school, Serra still delights in each new day.
“I still feel as I did on my first day at East Street—that excitement, the newness—I feel it,” she said.

Serra has family roots in education, being raised with two sisters who are teachers, and parents who stressed the importance of education as they raised their four children. Queens College is Serra’s alma mater, as she achieved her bachelor’s and master’s degrees there as well as her administrative certification. She spent 15 years working as a classroom and reading teacher, and seven years as an assistant principal in NYC schools before becoming East Street’s principal.

“Academically, East Street’s main focus is books, books and more books. Reading is a stepping stone for all learning. Early reading success builds children’s self-esteem and turns them into lifelong learners,” she explained.

But there remains an intangible quality about East Street Elementary.
“As Mrs. Banys eloquently stated in her remarks, ‘East Street has always been different, . . . there was a special quality, something immeasurable, but nevertheless, very real about this school’,” Serra said.

Serra smiled as she added, “I just want every student to look forward to coming to school each day.” 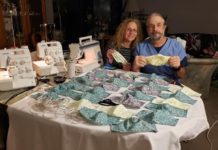 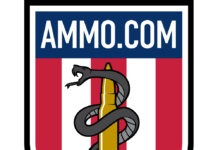 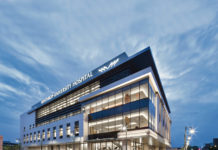