At least 21 inmates jailed in Nassau County have tested positive for COVID-19, as the spread of coronavirus has caused major changes in routine at the Nassau County Correctional Facility in East Meadow. It has left activists worried for the safety of the county’s incarcerated population.

Historically-low crime rates and recently-implemented reforms to New York’s cash bail system have left the county jail with 721 inmates as of late March, less than half of what the 1,500-person facility was designed to contain. Assuming no additional COVID-19 cases exist among inmates outside of the 21 already known, that would place the infection rate for the jail at about 2.9 percent. That number is nearly twice as high as the infection rate in the county, which stands at about 1.5 percent of the general population, using data from the 2020 census.

Incoming Nassau County Sheriff James Dzurenda, whose department runs the county’s lone jail, released a statement assuring the public the department is doing everything in its power to halt the spread of coronavirus through the jail. The first case of COVID-19 in an inmate at the correctional facility was confirmed on March 15. Since then, the county has suspended weekend lock-ups and begun testing every newly-admitted inmate. Medically-cleared inmates are then sent to a housing unit for new admissions for 14 days, where they are further evaluated by medical professionals. All inmates with signs of illness are moved to a medical quarantine unit and evaluated daily to see if they need to be transferred to a hospital. In the meantime, inmates will be limited to groups of five to 10 people during outdoor recreational time.

The correction center has also suspended in-person visitation for the time being, but is allowing inmates free phone time each week to communicate with loved ones.
The Nassau County Sheriff’s Department outlined their response to COVID-19 in the county jail on March 26, six days after activists from the Nassau County Jail Advocates, a consortium of Island-based advocacy groups, called for greater transparency in the county’s efforts to protect inmates. Susan Gottehrer, Nassau chapter director of the New York Civil Liberties Union, said the county must do a better job to broadcast its countermeasures to alleviate the fear of incarcerated people and their families.

“The county executive every day stands at the podium and talks about everybody’s safety,” Gottehrer said. “All we get about what’s going on in the jail are numbers of corrections officers and incarcerated individuals. What we have not yet gotten is a public statement of what steps are going to be taken.”

The group of advocates is also calling for the release of people who are particularly vulnerable to infection like elderly and pregnant inmates, as well as anybody being jailed on a technical parole violation.
“If you look at the Cook County Jail in Chicago, we’re getting intakes from people wondering how their lives can be saved,” Gottehrer said. “None of these people were sentenced to death.” 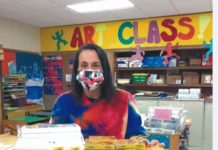 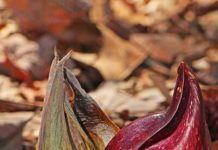