Note: As we celebrate the Memorial Day Holiday with gatherings for friends and family, I’d like to offer this column as my annual tribute to those who serve our country. This is a true story, honoring a group of brave Italian American soldiers in WW II on this, the 75th Anniversary of their mission.

The early morning darkness of March 22, 1944, was cloudy with no moonlight to guide the three inflatable boats carrying 15 United States soldiers and 650 pounds of dynamite on a secret mission, almost 250 miles behind enemy lines on the rocky Ligurian coast near Framura, in occupied Italy. Their mission—to locate and destroy two train tunnels, where the Genoa-La Spieza lines joined together to meet the seashore. These rail lines were the main supply arteries to Anzio.

As well-trained soldiers for the Office of Strategic Services (OSS), a precursor to the CIA, these volunteers were chosen for this specific mission because of their Italian heritage and their ability to speak Italian. My father’s oldest brother, my Uncle Sammy DiSclafani (his given name was Salvatore), was one of those soldiers. While unable to locate the target on their first attempt in February, additional aerial surveys enabled them to make this second attempt, dubbed “Ginny II.”

Without radar and unable to communicate with the PT boats due to unreliable radio transmissions, the ocean currents diverted the commandos off-course. As if that wasn’t enough, German torpedo boats appeared, forcing the PT boats to vacate their position, abandoning the commandos.
Unable to locate their target as dawn approached, they hid in a deserted farmhouse for 24 hours, as per the mission directive. On the morning of the 23rd, two officers left on a reconnaissance mission for food and information, successfully locating the Genoa-La Spieza target. After coordinating their escape with the PT boats for later that evening, they waited for the darkness to complete their mission.

But this time, both PT boats ran into trouble, one with a mechanical breakdown and the other forced to turn back after encountering enemy activity. Without a viable escape plan, the mission would have to wait another day.
Little did they know they had just 72 hours to live.

Unfortunately, the uniformed soldiers were spotted by an Italian girl who notified authorities. They were captured and surrendered that morning, March 24. After being initially interrogated by Italian Fascist authorities, they were turned over to the German military and transferred to the 135th Fortress Brigade in La Spieza.
The Germans took the interrogations to another level, uncovering the true nature of their mission. Once identified as a commando raid, the situation was relayed up the German hierarchy, and the next morning, March 25, a cable arrived signed by General Anton Dostler. The Americans were to be executed immediately, as per an edict implemented by Adolph Hitler in 1942. The Fuhrerbefehl Commando Order specified immediate death, without trial, for anyone engaging in sabotage behind German lines. Although the German officers knew that executing uniformed prisoners of war was a direct violation of the Geneva Convention, they had sworn a loyalty oath to Hitler.

On the morning of March 26, the 15 Italian-American soldiers, still in uniform, were brought to a remote location, Punta Bianca, on the hilltop of the Ameglia Peninsula. There, they were executed and buried in a shallow, hidden grave, as the German military sought to cover up their war crimes. After issuing a communique announcing the commandos had been killed in combat, all written records of the incident were destroyed.
There is no happy ending to this story unless you count General Dostler being captured and tried before an American Military Commission in October of 1945. He was the first German general brought to trial after the war. His defense of “obeying orders” was rejected and was a factor that contributed to the creation of Principle IV for future Nuremberg war crime trials, in which the defense of “Supervisor Orders” was deemed unacceptable. Dosler was found guilty and executed by firing squad on Dec. 1, 1945.

I tell this story to remind us of the sacrifices the men and women in our military make every day. My Uncle Sammy and the other 14 men volunteered for this mission, not knowing if they would ever see their families again. Although posthumously receiving the “Silver Star,” they didn’t do it for the glory; they did it for their country and what they believed in.
They did it for all of us. That’s the true definition of a hero.

Paul DiSclafani, a Massapequa resident, is a 2018 Press Club of Long Island award-winning columnist and an Anton Media Group contributor since 2016. 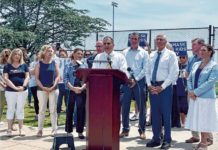 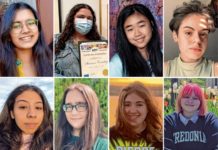