“Here on Long Island, we have a proud history of aviation and it is important to honor that tradition by commemorating those who helped shape our past,” Curran said. “As one of the first black pilots in the military, Lt. William M. Wheeler was a revolutionary resident and we owe an incredible debt of gratitude to people like Lt. Wheeler who fought the fight on behalf of future generations and changed history for the better. It is my hope that this roadway dedication will give Lt. Wheeler the long-lasting legacy that he deserves.”

2nd Lt., US Army Air Corps, Wheeler was a highly trained World War II combat pilot, decorated veteran and a longtime Hempstead resident who, as one of the famed Tuskegee Airmen, helped break the military’s prohibition against black pilots. The Tuskegee Airmen became the first black pilots to fly for the U.S. military, which before the program began in 1941, refused to allow blacks to apply for aviation training. They faced discrimination and racism while they were defending our freedoms around the world. Lt. Wheeler continued to live up to his legacy long after his career with the army. He traveled with the Tuskegee Airmen’s Speakers Bureau making motivational speeches and presentations to groups around the country.

—Submitted by the office of Nassau County Executive 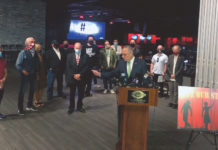 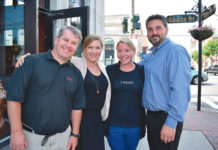