For the past few years, my husband and I have driven along Cantiague Rock Road to go shopping along Jericho Turnpike. The drive is lovely, with tree-lined streets and a view of our very own Cantiague Park from the back lot.
During those drives, we often passed Nassau Candy, a store that once resided on West John Street. Hubby and I are candy aficionados who have often remarked about how wonderful it must be to work inside the warehouse. It was the same way we felt after visiting Hershey, PA. 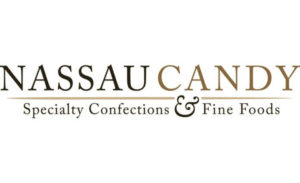 After some time, we noticed that Nassau Candy had “moved” to a larger headquarters on Duffy Avenue. I had often wondered about the manufacturer, so I did a little research.
Corporate headquarters for Nassau Candy is still located on West John Street, where their manufacturing plant is also located. They produce millions of pounds of confections every year, from Jordan almonds to chocolate covered pretzels to fudge, fruit and hand-dipped cherries. Oh, my goodness, my mouth is watering at the thought of their fresh taste. Nassau Candy roasts their own nuts and offers several different varieties of trail mix. Nassau Candy has been in business for more than 80 years and is one of the largest specialty confectionery and gourmet food suppliers in the United States. They have six distribution centers throughout the country, which includes the location on Duffy Avenue.

Nassau Candy also manufactures and distributes nostalgic candy. Abba-Zaba bars, crystal Astro Pops, Atomic Fireballs and Bonomo Turkish Taffy are just a few nostalgic pieces that once graced the glass showcases of Village Green drugstores everywhere in Levittown and Hicksville. My favorite filling-puller, Bit-O-Honey, is also offered at Nassau Candy.
On a recent trip to the Poconos, Hubby and I visited Callie’s Candy Kitchen in Mountainhome, PA. The store is a flashback to the glass counters that once lived inside the TSS Store on Hempstead Turnpike in Levittown. 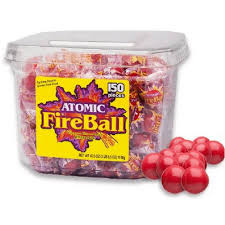 Multiple varieties of fresh-dipped chocolate covered sweets smiled enticingly behind the glass, as shelves of tri-layered truffles and chocolate covered potato chips beckoned us to purchase. On a wall behind the showcase were packages of nostalgic candy, including filled wax bottles, Pixy-Stix, Now and Laters, and Candy Dots on paper. We’ve had difficulty leaving the store without at least $40 worth of merchandise, although most of it is purchased for gifts.

As a child, I often found myself at the counter in the drug store at the North Village Green with a quarter and the desire to “try something new every time.” On one fateful visit, I saw a box of candy called “Mexican Hats” and decided to try those. Mom ended up eating most of them after she saw my disappointed, scrunched-up face. The green minty hat burned my tongue and the hot cinnamon red hats made my eyes water. The following week, I bought a box of Jujubes and finished it in one sitting. I had lots of time for which to make up, especially after the Mexican Hats incident. Jujubes tasted like perfume and were often referred to as “the dentist’s dream candy” by Dad.

When our daughter was younger, she often enjoyed Satellite Wafer candies from Callie’s. Through the years, we’d found them online and at local candy shops. One year, her best friend showed up with a tremendous box filled with the wafer candies. She was delighted. Her dad and I helped her to finish those “stick to the roof of your mouth” confections. She often refers to that gift as being one of her favorites.
While there are many candy stores that sell to the public, Nassau Candy is presently only selling to retailers. However, all hope is not lost. You can contact them at sales@nassaucandy.com and they will direct you to local stores that carry their products.

As Dylan Lauren of Dylan’s Candy Bar fame has often said, “I think people always want candy, whether you’re a kid or an adult.” As I pop another of Ferrara’s Boston Baked Beans in my mouth, I agree with Dylan. For the record, Nassau Candy carries these old-time favorites as well. Yum.