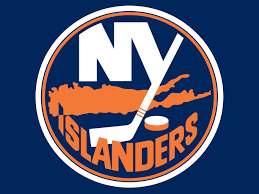 Shane Koyczan has been credited with the well-known quote, “We grew up learning to cheer on the underdog because we see ourselves in them.” We often mirror the behavior of this type of competitor throughout our lives, so truer words were never spoken.
I mention underdogs this week because my favorite hockey team, the New York Islanders, advanced to the Eastern Conference Finals for the first time in 27 years. It was an exciting evening in our home when we found out because it brought back memories of when Hubby and I first began. Many moons ago, it all started with a date to the Islander Parade in East Meadow.

When I was a senior in high school, I began my love affair with our local hockey team. I raced home after school every time a game was televised to breeze through homework and plop myself before the living room TV. I would bite my nails through the entire game, and when the Isles won, I would whoop so loudly that the neighbors could hear. Bobby Nystrom came to visit Levittown Division that year, and when I shook his hand, I was entranced. I refused to wash my hand for the better part of the day.
When I met my husband that same year, we discussed hockey at length during our breaktimes. It turned out that Hubby was an even bigger fan of the team, especially because Billy Carroll lived at the end of his block. Carroll was a center for the team and won three Stanley Cups with the Isles.

After the Islanders won the first Stanley Cup, Hubby headed down to Hempstead Turnpike to watch the team as they paraded down the street with the bright silver cup held high by several teammates with me in tow. I met a few of his friends, some of whom became members of our wedding party years later. The energy was electric throughout the crowded street. Some folks honked their horns to the beat of “Let’s Go, Islanders”, while the masses chanted the words and clamored for photographs of their favorite hockey players. The excitement was palpable as we ran along the truck that carried Bryan Trottier, Billy Carroll, Billy Smith, Bobby Nystrom, Mike Bossy, Butch Goring, Clark Gilles, Denis Potvin, John Tonelli and the rest of the team. I can still see the silver cup as it glinted in the afternoon sunlight in my mind’s eye.
Hubby and I attended many games in our early years of dating but began to slack off as members of the original Stanley Cup legacy retired. We continued to watch games regularly on television, but the level of excitement would never be the same as those early years, especially because we were not sitting in the stands to cheer on the team. Over time, we traded our interest in hockey for our daughter’s middle- and high-school softball “calling.”

When our daughter began her college career, we renewed our interest in the New York Islanders. We headed to the now-defunct Modell’s for themed jerseys and took her to a few games. It was exciting to attend a game in the Nassau Coliseum again, especially as her interest in the game ignited. It was like watching ourselves as we witnessed her enthusiasm and disappointments in various plays throughout the games.
Since our daughter has moved out of our home, we often hear about her love of sports via texts or phone calls. Just last week, she told me that she was on the edge of her seat as she watched the game that went into double overtime. While she was exhausted the following day for work, she said it was a “good exhausted,” because although the Islanders lost the game, the excitement had kept her interested. When she found out that her favorite team advanced to the Eastern Conference Finals, she was over the moon with that same excitement we had in our youth.

In Scott Wheeler’s article that ran in The Atlantic, Barry Trotz made a statement that should give every Islander fan hope for the franchise’s future: “Every player has a different amount of hockey IQ, a different perception of the way they play within a system. Some players come in and they assimilate very quickly, and some players take a while. You’re not going to make everybody the same. Coaching is not about equality. It’s about inequality. You have to try to find a way that they can contribute with their skill set and be successful for the team.” Well said, Mr. Trotz. Although your defeat in Game 6 to the Tampa Bay Lightning was tough to bear for this diehard fan, I wish you and your team all the best in years to come. I have faith that next season, The New York Islanders will have fans at the edge of their seats once more. Here’s to many barnburners, zero eggs and to lighting that lamp on your scoreboard. LGI—yes, yes, yes!