With the pandemic causing the world to lay low for the time being, music continues to be the gift that keeps on giving during the holiday season. 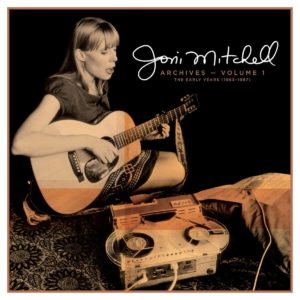 Joni Mitchell – Joni Mitchell Archives, Vol. 1: The Early Years 1963-1967 (Rhino)
This 5-CD set focuses on the Canadian singer-songwriter’s early folk phase and features nearly six hours of unreleased home, live and radio recordings that flow chronologically during the period leading up to her debut album. This collection includes unheard audio includes 29 original Mitchell compositions that have never been released before with her vocals and 40-page booklet that features many unseen photos from Mitchell’s personal collection as well as new liner notes featuring conversations between writer/filmmaker Cameron Crowe and Mitchell. 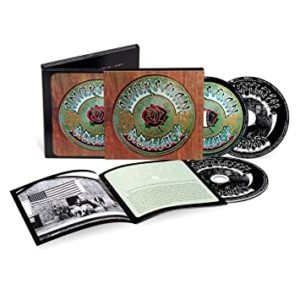 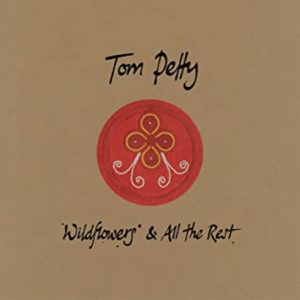 Tom Petty – Wildflowers & All the Rest (Warner Brothers)
Petty’s 1994 sophomore bow gets a greatly-expanded version via outtakes, demos, home recordings and live performances. There are 54 tracks, eight unreleased songs and 24 unreleased alternate versions. In addition to the 15-track remastered original album, the deluxe edition contains the album All The Rest (10 songs from the original Wildflowers sessions), a full CD of 15 solo demos recorded by Petty at his home studio and a disc of 14 live versions of Wildflowers songs recorded from 1995 to 2017.

Aretha Franklin – Aretha (Rhino)
This four-CD anthology is the first to span the Queen of Soul’s entire career, including songs from every label she recorded with. Among the collection’s 81 newly remastered tracks, 19 are making their CD and digital debuts, including alternate versions of classic hits, demos, rarities and live tracks. 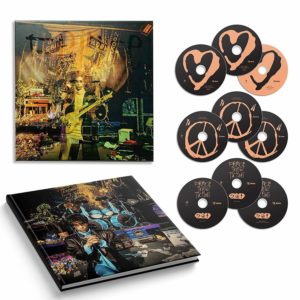 Prince – Sign O’ the Times [Super Deluxe Edition] (Warner Brothers)
This mondo reissue of the Purple One’s 1987 masterpiece is a box set featuring a wealth of unreleased songs spanning 1979 to 1987, audio of a complete show from the Sign O the Times tour, a DVD of a live set featuring Miles Davis and a hardcover book that includes handwritten lyric sheets and numerous essays. The actual album itself was also remastered for the first time. 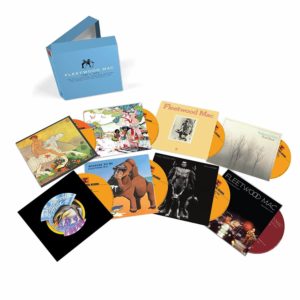 Fleetwood Mac: 1969-1974 (Rhino/Warner Brothers)
The five year-span of the band represented on this 8-CD boxed set includes remastered versions of all seven studio albums the band recorded between 1969 and 1974, several bonus tracks and an unreleased 1974 concert recorded just a few months before Lindsey Buckingham and Stevie Nicks joined the band and encompasses several different band lineups, 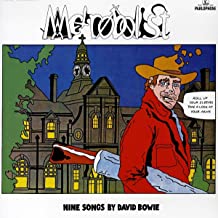 David Bowie – The Metrobolist (aka The Man Who Sold the World) (Parlophone/Rhino)
Original producer Tony Visconti remixed the 2020 re-release of the album under its Metrobolist moniker has been remixed by original producer Tony Visconti, with the exception of the track ‘After All’ which Visconti considered perfect as is and is featured in its 2015 remaster incarnation. 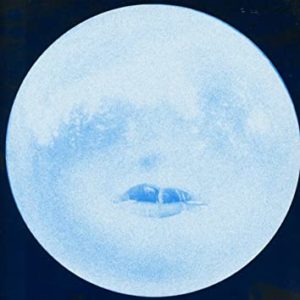 Wilco – Summerteeth [4-CD Deluxe Edition] (Rhino/Warner Brothers)
This set includes a Bob Ludwig 2020 remastered version of the original 1999 album, along with an entire disc of unreleased studio outtakes, alternate versions and demos that chart the making of the album from songwriting demos to alternate studio arrangements to finished masters. This reissue also feature a previously unissued live show that took place late in the Summerteeth tour, on Nov. 1, 1999 in Colorado at The Boulder Theatre. 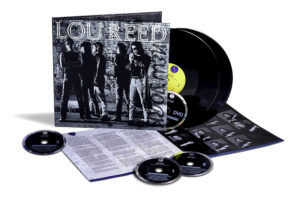 Lou Reed – New York [Deluxe Edition] (Rhino/Warner Brothers)
Reed’s 1989 Sire Records debut is a 3CD/DVD/2LP set that comes packaged in a 12 x 12 hardcover book featuring new liner notes written by music journalist David Fricke, essays from archivist Don Fleming and was produced for release by Laurie Anderson, Don Fleming, Bill Ingot, Jason Stern and Hal Willner. The second disc presents unreleased live versions from the Lou Reed Archive of every album track compiled from multiple performances and the third disc showcases unreleased early versions of several album tracks from the Lou Reed Archive, including “Last Great American Whale,” “Sick Of You” and “Dirty Blvd.” Also featured is the non-LP track “The Room,” as well as live versions of “Sweet Jane” and “Walk On The Wild Side.” Also included is The New York Album, a concert video originally released in 1990 on VHS and Laserdisc. 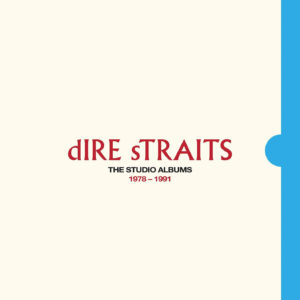 Dire Straits – The Studio Albums 1978-1991 (Warner Brothers)
This set features a straightforward remastering of the British rock band’s six studio albums—Dire Straits, Communique, Making Movies, Love Over Gold, Brothers in Arms and On Every Street. The only releases completists will rightfully grouse about are the 1982 Dance EP and 1983’s Alchemy Live. 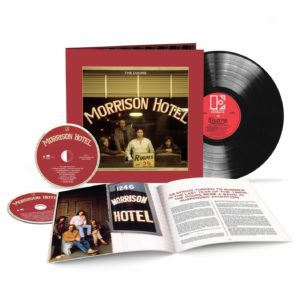 The Doors – Morrison Hotel [50th Anniversary Deluxe Edition] (Elektra/Rhino)
Remastered by Doors engineer/mixer Bruce Botnick, this reissue features a bonus disc of unreleased studio outtakes and the original album on 180-gram virgin vinyl. Bonus items include 19 outtakes that include rough versions of Morrison Hotel tracks “Peace Frog” and “Blue Sunday,” as well as The Doors rarity “I Will Never Be Untrue.” There are also outtakes of The Doors jamming on cover versions of the Motown classic “Money (That’s What I Want)” and B.B. King’s “Rock Me.” 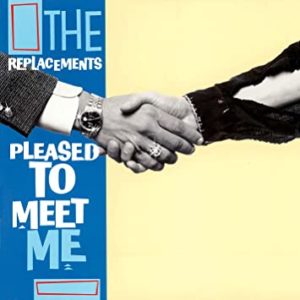 The Replacements – Pleased To Meet Me [Deluxe Edition] (Rhino)
The 55 tracks that make up this 3-CD/1-LP set include 29 previously unreleased cuts including demos, rough mixes and outtakes as well as Bob Stinson’s last recordings with the band from 1986. The package features a 12 x 12 hardcover book loaded with dozens of rarely seen photos along with a detailed history of the Pleased To Meet Me era written by Bob Mehr, who penned The New York Times bestseller, Trouble Boys: The True Story of the Replacements. Mehr produced this reissue with Rhino’s Jason Jones. collection. 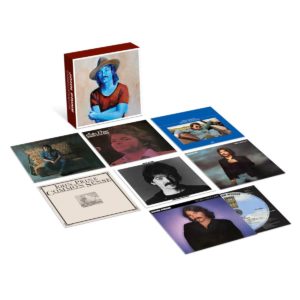 John Prine – Crooked Piece of Time: The Atlantic and Asylum Albums (1971-1980) (Elektra Catalog Group)
Prine’s succumbing to COVID-19 earlier in the year was a tremendous loss reinforced by the reissue of his first seven studio outings—John Prine, Diamonds In the Rough, Sweet Revenge, Common Sense, Bruised Orange, Pink Cadillac and Storm Windows. While each album is presented as originally released with nary a bonus track to be found, the quality of Prine’s work and David Fricke’s liner notes make it worth the price of admission. 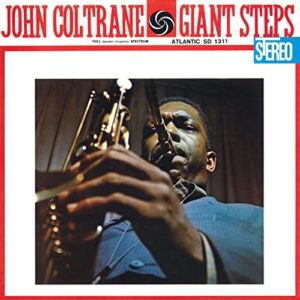 John Coltrane – Giant Steps: 60th Anniversary Super Deluxe Edition [2-CD] (Rhino Atlantic)
Coltrane’s 1960 studio album was his fifth outing, was released within weeks of playing on Miles Davis’ Kind of Blue and the saxophonist’s first album of all original compositions. This 2-CD deluxe version has the original seven tracks on Disc One and eight outtakes on Disc Two. This reissue include the original liner notes essay by Nat Hentoff along with a longer new essay by Ashley Kahn which includes quotes from interviews with a number of younger players including Ravi Coltrane, Archie Shepp, David Murray and Dave Liebman.