Long Island life can be beautiful at any time of the year, especially when one considers the many natural parks and preserves that are available to all. Whether in the dead of winter or the heat of the summer, every nook and cranny of Long Island begs to be explored.
Over the past seven or so years, my family and I have made it a point to find many of Long Island’s hidden (and not-so-hidden) treasures.
Our daughter enjoys a good hike around Blydenberg Park, while Hubby and I enjoy the offerings of the North Shore: namely, Cold Spring Harbor, The Greenbelt Trail, Bethpage State Park and Stillwell Woods and Preserve in Syosset. Each site offers a challenging jaunt through the woods, while there are other areas that are not as ambitious as the Cold Spring Harbor trail. Everywhere, there is beauty to be noticed, especially during this season of new beginnings.
Our daughter, an elementary educator, was off from school for the week. We decided to meet somewhere that could offer the peacefulness of the woods while also affording us a great workout. The decision was simple—Southards Pond, which is an offshoot of Belmont Lake State Park. The sun was shining brightly on that mild mid-morning, so we decided to bring our dog Luna along for the walk. Our daughter brought her boyfriend’s boxer-mix along as well.

As we began our trek through Mother Nature’s playground, my husband crinkled his nose. “Whoa, it smells like low tide around here today.” A few remarks were passed about our furry friends, who glanced back anxiously at us and pulled us deeper into the woods.
Along the trail, we saw what appeared to be heads of a lettuce-like plant along the muddier sections that lined the tributaries off the pond. The aroma became stronger still, which caused Hubby to remark to our daughter that he was grateful for his mask. I took a few snapshots of the plants, some of which held purple mottled flowers. They were lovely to look at, especially since I had not seen anything in such abundance previously. Our daughter remarked that the plants looked like lettuce and wondered whether the plant was edible. 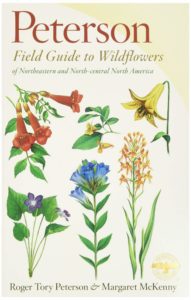 When we got home from the walk, I consulted my trusty Peterson Field Guide to Wildflowers and found the plant almost immediately upon the pages. The plant is known as Symplocarpus foetidus, commonly known as Eastern Skunk Cabbage.

Eastern Skunk Cabbage is a low-lying plant that grows in wetlands and moist areas along the Eastern Seaboard. It appears during the early spring when the purple-mottled flowers are visible above muddy areas. If bruised, the leaves will emit an aroma that smells a lot like a skunk. Anyone who has ever bathed a dog on the receiving line of a skunk’s emissions knows that scent all too well. It smelled a lot like that.

Skunk cabbage is a native to our area and can grow as far north as Nova Scotia and as far south as North Carolina. Tennessee’s skunk cabbage is considered endangered and is protected. The plant has been cultivated for use in backyard water gardens. The purple mottled flower is quite striking to behold.

Skunk cabbage had been used by Native Americans and early pharmacists in the United States during the 19th century. Early pharmacists classified the plant as a drug known as dracontium. Skunk cabbage root and its underground stem were used to treat diseases of the lung, such as asthma and bronchitis. It was also used to treat nervous disorders. Native Americans used skunk cabbage as both a talisman and seasoning. If dried correctly, the young leaves of the skunk cabbage were used in soups. The roots, if correctly and thoroughly dried, were ground into a flour that tasted a lot like cocoa.

If you decide to harvest skunk cabbage, be forewarned. The plant carries a medium toxicity warning and is high in calcium oxalate crystals, the main component of kidney stones. Consult with an herbalist who can properly guide you in the preparation of this stinky, yet beautiful plant.
After a little online sleuthing, I found skunk cabbage tincture at both Ebay and WalMart. The alcohol-free root liquid is used by modern herbalists to treat bronchitis and asthma, ringworm and scabies, among other illnesses; however, this has not been approved by the FDA. Before beginning any herbal program, please consult with your physician, as some medications can interact with certain herbal preparations. Always consult with a licensed herbalist before beginning any herbal treatment.

Discovering the beauty of nature can be a peaceful balm to a weary mind, especially when one uses all five senses to enjoy the sights and sounds of the season. As Herbert Rappaport once said, “I hope that while so many people are out smelling the flowers, someone is taking the time to plant some.” I wish you all a Happy Springtime of New Discoveries. 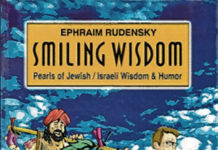 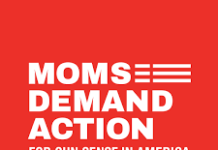 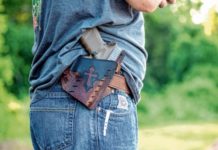