Ah, chocolate milk. How many of you have enjoyed a frosty-cold glass of the brown beverage as an afternoon snack after finishing one’s homework, before getting the chance to play outdoors before dinner? Chocolate milk is synonymous with childhood, good times and blowing clear brown bubbles until they cascaded over the glass and onto the tablecloth. 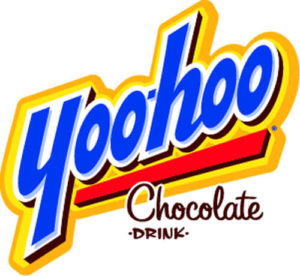 The “blowing bubbles incident of 1971” occurred in the corner of our Levitt Cape, several years before Dad blew out the side of the kitchen and built an extension. My sister and I were bored out of our minds and had retreated to the kitchen for a glass of ice-cold chocolate milk. Mom left us alone as she headed into her bedroom to complete the task of folding laundry. She admonished us, “Don’t make a mess.”
My sister sent me a sidelong glance and blew a solitary bubble into the chocolate milk. My reply was a steady stream of bubbles, which was followed by Mom’s warning: “You girls better not be blowing milk bubbles in there.” We muffled snickers and continued to blow bubbles, albeit slower and quieter.

Everything was just fun and games until the bubbles began to flow over the top of the cups. There was a bit of a mess in the center of the vinyl tablecloth, which was easily wiped away with a paper towel. Nobody noticed the flecks of chocolate milk on Dad’s knotty pine paneling, as they camouflaged perfectly with the wood stain.
Years later, when Dad removed the wall, we all noticed hardened drops on the paneling that glistened light brown. Yes, chocolate milk bubbles were the culprit. Those drops were on the main wall as well. Let me tell you, it was not an easy task to chip them off and clean the residue left behind.

Our daughter was not a lover of chocolate milk by any means. We tried to get her to drink it because she disliked the taste of plain milk, but to no avail. My husband had the brilliant idea that decaffeinated coffee could be added to her milk cup to “flavor” it. Little did we realize that we had created the framework for her coffee fixation. Reading time became “coffee milk time” and trips to the diner meant that someone was ordering coffee because our girl was a fan of those little creamers on the table. I guess we are the ones who are responsible for her current Starbucks habit.

I wrote this column because a meteorologist acquaintance of mine had posted something on his page to poll his readers. He had asked which beverage folks preferred, chocolate milk or Yoo-Hoo beverage. The comments were hilarious. One reader mentioned, “You can keep your chocolate water. I prefer real chocolate milk.” Another reader of the opposing camp mentioned, “As Amy Farrah Fowler-Cooper mentioned, ‘the name literally beckons’.” I remember that BBT episode, and I remember that I laughed. A LOT. 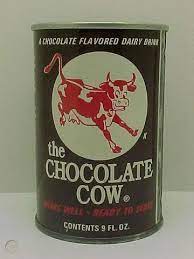 When we were growing up, Dad often referred to Yoo-Hoo as “chocolate water.” Instead, he purchased something from Grand Union my sister and I constantly craved. The brown can with the pull top had a white moon on the side with a red cow in the center. The drink, “Chocolate Cow,” which was bottled in Brooklyn by Threemore Sales Co. in the late 1950s, was our ultimate favorite. It was my husband’s favorite as well. I remember that it was sweet, chocolate-y and tasted a little like tin can. Sadly, the owners of Yoo-Hoo bought the rights to this deliciously metallic tasting drink and discontinued Chocolate Cow a short time later. I was devastated and swore never to drink Yoo-Hoo chocolate water.

Chocolate milk can be enjoyed hot or cold. As a delicious hot cocoa, hot chocolate milk warms you through and through. You can add chocolate syrup or chocolate powder. Which brings about another debate: Did you like Nestle’s Quick, PDQ or Ovaltine? PDQ was our favorite, especially because I often “stole” freeze-dried chocolate flavored pellets from the pantry. PDQ was manufactured by Ovaltine, believe it or not, and came in strawberry and eggnog flavors as well as the standard chocolate. It was discontinued in the mid-1990s. For the record, I thought Ovaltine tasted like cereal and Nestle’s Quick always caused me to choke on the dust fumes. 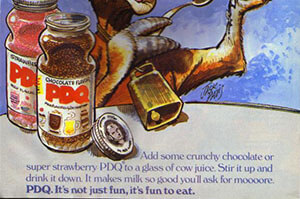 For those who like a chocolate milk that is a little more gourmet, you can use Hershey’s Cocoa Powder and a little bit of sweetener. You can also melt some chocolate pieces and add warmed milk to make a delicious warm chocolate milk. Whether you use cow’s milk or plant-based milk, chocolate milk is a definitive callback to a simpler time, when the sweetly nutritious “snack” was what you needed in the middle of the afternoon to run off all the sweetness and work up an appetite until Mom or Dad called you in for dinner. Off to the kitchen for a glass of almond chocolate milk.