One of the best parts of mealtime is the memory that can be created from sharing that time with others. Sitting around a table with good people and stirring conversation can warm the heart, especially when one recalls those times later in life. Whether one enjoys their meal with family, friends or colleagues, these times can usually be recalled fondly with outstanding food, conversation, or something silly that makes the memory heartwarming.

Take, for example, the time that Mom made cube steak for dinner when I was a child. That piece of beef always curled up at the opaque edges and it was as hard as the sole of a shoe. I don’t know why she bought it so often, but it appeared to be one of Dad’s favorite meals. My sister would slather it in garlic powder and salt until the top was white just so she could tolerate a bite. I often drowned mine in condiments. “Hate” is a strong word, so let’s just use “dislike”: I disliked cube steak. Immensely.

On one of those nights that Mom served the cube steak, I told my parents that the use of bread during a meal could help to push food onto a fork instead of using a knife. Mom had made mashed potatoes and peas with the meal, and since I had no knife to push my peas onto my fork, I had no choice but to spear each green sphere with the tines tediously. My sister took this as a cue to pick up her cube steak with her bare hands. She daintily dabbed at her peas and smiled to herself as she pushed them onto her fork. Dad’s stern look caused her to drop her steak in the center of her plate. “Well, it worked,” she muttered defensively. I didn’t stop laughing until the meal was over. My sister had saved cube steak night and a memory was made.
One of my favorite dishes as a child was fried macaroni. After Sunday’s traditional sauce day, we always had leftovers on Monday night. If there was leftover pasta for a side, Mom would fry it up in a skillet until it was burnt and crisp. Fried pasta rendered the sauce and made it sweet and thick. If we were home from school, Mom made the dish for lunch. It was delicious.

After Hubby and I were married, we often made fried macaroni for lunch. As our daughter grew, she begged us to make it whenever we had leftover pasta. She also preferred the flavor of the burnt, crisp noodles in the thicker, sweeter sauce. Last summer when she stopped by for a visit, Hubby delighted her with a plate full of fried pasta. It was gone in minutes. As I watched her eat it, my heart smiled.

Another favorite dish from childhood was fried bologna. Dad often bought cold cuts from Schultz’s Deli in Hicksville on his way home from work on Saturdays. The bologna, which was perfectly spiced and sliced paper thin, would crisp nicely when Mom simmered it in a pan until the aroma of Woolworth’s hot dogs filled the kitchen. It was a delightful lunch that paired perfectly with two soft slices of Wonder Bread and a healthy serving of Gulden’s Brown Mustard slathered atop the meat. 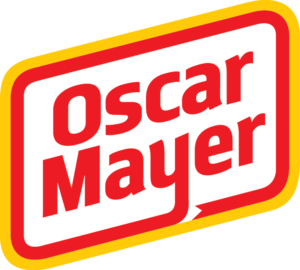 When our daughter was younger, I attempted fried bologna for her lunch one day. Our girl preferred Oscar Meyer Bologna to its deli-sliced counterpart, which was considerably thicker. It also burned easily, which led to one too many times where I had to stand on a chair and fan the smoke detector with a dishcloth to stop it from piercing the smoke with its screech. While fried bologna wasn’t her favorite dish, it certainly was one of my favorite meals that Mom used to create for lunch.
Several nights ago, I used fresh basil from our garden and created a pesto pasta that blanketed a bowl of rigatoni. Tonight, I fried up that pasta until it was crisp but not burned. The frying process intensified the basil and garlic flavors quite nicely. It’s good to know that even pesto leftovers can be fried up as a delicious side dish and even better that they still conjure warm memories of mealtimes past.

As it has been mentioned many times, food and mealtimes are associated with love. Whether we had wonderful meals created for us by grandparents, parents or chefs at local restaurants, these experiences create memories that stir feelings of happiness and love within our hearts. Whether it’s a fried bologna sandwich or a steaming plate of fried macaroni, these memories can cause us to smile, even through the darkest days. But I promise you this: I will never love cube steak, but if I see it in the store, I will associate it with my sister and the peas on her fork and I will laugh for hours.