As humans, we always desire that which we can no longer have. Take, for example, the ubiquitous plastic shopping bag that was once offered at supermarkets and retail stores nationwide. These bags were often found floating freely, where they began to turn up in waterways, trees and along the side of roadways and streets everywhere. Aside from the fact that nobody had figured out a way to make these bags “biodegradable” without additional expense, they became unsightly and a general nuisance to wildlife. Suffolk County banned the use of plastic bags by retailers, which was eventually followed by our own Nassau County. Soon, retailers and supermarkets began to offer brown paper bags, sometimes at a fee of either a nickel or a dime per bag.
The more things change, the more they stay the same.

As a child, I remember when Mom and Dad did their weekly food shopping at Grand Union. When they returned, my sister and I helped them to unpackage the heavy-duty paper bags that held our groceries. The packages were neatly stacked inside, and the sides of the bag held our goods upright without falling over on themselves. At the end of the chore, Mom or Dad neatly folded the bags that were later used in the kitchen garbage for household refuse.

Paper bags were eventually phased out in favor of lightweight plastic bags, which were much sturdier at the time of their introduction. They promised to help “save the trees,” which is a funny statement since many are found floating within a tree’s limbs. One issue with plastic bags was that items inside the bag often fell over on themselves. There was no clear way to keep items upright in the beginning, nor were there any sides. In the beginning, we all complained about how “awful” and inconvenient those bags felt. As time went on, we found that we could repurpose those plastic bags for dirty-clothes bags while traveling, smaller wastepaper basket liners, liners for soft-sided coolers and even dog waste bags. Retailers also began to offer reusable bags with sides that were upright and a bit sturdier than their flimsy plastic counterparts. However, many of us forget these reusable bags until we roll up to the register. Personally, I have been forbidden from bringing another one into the house because I just don’t use them. I just like the way they look. Especially the cute ones from Marshall’s. Ha ha. 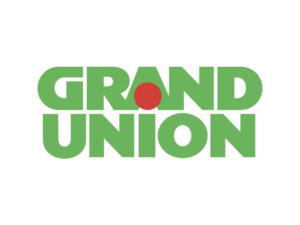 Once reintroduced within the past year or so, the paper bags were noticeably flimsy and tore quite easily. It seems that retailers and supermarket giants have grown wiser, for over the past two weeks, Hubby and I noticed a big difference in the quality of the paper. Nothing tore, no groceries spilled all over the front lawn during transfer from car to house. It was a vast improvement over the initial rollout. We are still finding the challenge of using the paper, especially where it relates to fitting things into the back of our Jeep. Where we could once fit 12 plastic bags of groceries easily, we can now only fit about eight. The rest end up on the back seat and we pray to the grocery gods that they don’t fall over on the drive home.

The push to reduce our dependence on plastic has extended into the coffee industry, namely Starbucks. A few weeks ago, I noticed that the larger straws that fit the Venti-sized cups were made of a semi-coated paper. Now, let’s be clear. I remember paper straws as a child. Before my drink was finished, the straw had deteriorated and became a curled ribbon at the bottom of my disposable cup. I disliked the way they stuck to my parched upper lip, I disliked the texture and their feel in my mouth, and I disliked not being able to finish a drink without uncapping the lid and drinking from the cup. Often, Dad jammed on his brakes as I was drinking. I believe my sister and I may have been the reason Dad changed from getting cloth interior seats in his vehicles to vinyl or whatever fake leather was out at the time.

Upon a recent visit to the Hicksville Starbucks, I brought those paper straws back to the car with our drinks. Hubby disliked the straws immediately, as he said the opening had clearly become much smaller. He also did not care for the feeling of paper on his lips, but he also did not care for the “sippy cup”-styled lid. He has since adopted the practice of using the smaller Starbucks straws in his Venti drinks, which are still plastic at the time of this writing.

I placed that paper straw on my lips and shuddered in memory. I used the straw until my drink was finished, but the bottom had become waterlogged and was almost too soft to sip through. I managed, but desired the convenience of the plastic, which never deteriorated. This is precisely the reason why Starbucks made the change. Landfills are overloaded with unrecyclable plastics that take years to decompose and straws are just a part of that problem. Bags are another. They are also a threat to wildlife, especially marine life.
In my opinion, it would make more sense for manufacturers to find a way to use biodegradable plastic options. Sonic employs bamboo straws for their drinks, which are sustainable and biodegradable. Hint: Don’t ever attempt to place one in a dishwasher. Trust me on this.

Paper bags and straws are better for the environment, but they are also better for us. Paper is nontoxic, while plastic is considered a carcinogenic. And while it is another thing to which we must grow re-accustomed, it will also help to solve the great garbage issue. Now, if only they could create a paper straw that didn’t feel quite so weird in the mouth.