The Hicksville Public School and the Hicksville PTA units recently partnered up to present Screenager Next Chapter through a live virtual viewing of the documentary, followed by a live Q&A with the filmmaker and physician, Dr. Delaney Ruston. The documentary addressed the impact of screen time on the mental health of children by presenting real-world experiences of young adults and teens. These children told their candid stories throughout the film and strategies to avoid depression and anxiety were suggested by professionals in their fields. Some suggestions included no-phone zones, decreased screen time, putting devices away at bedtime and getting 10 to 12 hours of sleep were among a few ideas shared. 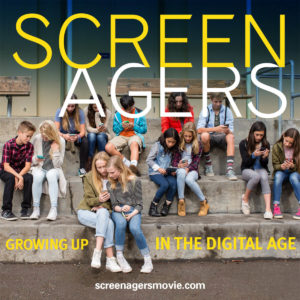 A deeper analysis of the film revealed a focus on five main topics to include stress, anxiety, depression, brain development and sleep. “We know that adolescents experience greater stress….and also when we measure…. they have higher levels of cortisol as compared to adults.”, shared Adriana Galvan Ph.D., Adolescent Brain Researcher at UCLA. Social media influences can be stressful for teen from cyber-bullying and to viewing being left out of activities by peers and not having the possessions they desire others already having. Suggested interventions include consistent sleep, as well as building social, emotional and communication skills.

Dr. Daniel Pine, chief research psychiatrist at the National Institute of Mental Health, shares, “Anxiety involves a problem with fear. Feeling afraid about something that’s right in front of you or worrying about that thing that might happen. “ Today, more teens are exhibiting signs of anxiety in their lives. Suggested interventions include consistent sleep, exposure therapy, mindfulness and medication at times when prescribed under a doctor’s care.

Depression is on the rise in young teen as reported by Dr. Delaney Ruston; “it’s concerning to learn that since 2012, there’s been nearly a 50 percent increase in teens reporting depressive symptoms.” Suggested interventions include therapy, behavioral activation, building connections and family relationships and even medication at times as prescribed by a doctor.

The young brain is still developing during the teenage years and brain development is important to remember as routines for sleep and bedtime are establish. Teenagers require a greater amount of sleep during these years to grow and have their brains develop. Dr. Ron Dahl, pediatrician and developmental scientist at the Center for The Developing Adolescent reports, “As sleep gets eroded and sleep deprivation gets worse… and then they get down on themselves, it becomes part of a bigger spiral. A big factor is with electronic devices in the bedroom–about screen time negatively impacting sleep… That amplifies the spiral.” Furthermore, Galvan shared, “…in adolescence…struggling with anxiety, the [brain] becomes more active than it does in kids who aren’t suffering from anxiety.”. Overactive brain activity in the amygdala causes teens to have the inability to deal with stress or regulate fear.

The live viewing of the documentary, Screenager Next Chapter: Uncovering Skills for Stress Resiliency, was followed by a rich discussion lead by physician/filmmaker Dr. Delaney Ruston. She examined the science behind teen’s emotional challenges, the interplay of social media and most importantly, what can be done to help teens build crucial skills to navigate stress, anxiety and depression in the digital age.
The Hicksville Public Schools’ district website includes many accompanying worksheets to support parents and the program shown. Visit www.hicksvillepublicschools.org/cms/one.aspx?portalId=136760&pageId=28552254 to find these resources on the school website. For the most up-to-date information from Dr. Delaney Ruston, check out the weekly blog, Tech Talk Tuesdays.

­—Submitted by the Hicksville School District