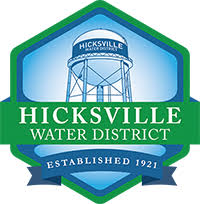 “Conserving water is one of the most effective things we can do to protect our precious water source, while also helping to reduce the District’s operating expenses and keeping costs as low as possiblem,” HWD Chairman Nicholas Brigandi said. “We are thrilled and so proud to see such a dramatic decrease in water usage and we have no one but our residents to thank for that. Not only does this give us confidence that our messaging, promotion and development of water conservation tools has been effective, but it demonstrates that our residents are aligned in our goal of reducing water consumption.”

Twenty twenty-one was one of the HWD’s most proactive years in its history when it comes to the promotion of water conservation. The district conducted public outreach programs throughout the year, perhaps one of its most important being the promotion of smart irrigation controllers. These controllers are the best way to conserve water during irrigation season, as they use a wi-fi connection to read local weather reports and only use the exact amount of water needed to keep residents’ lawns healthy. The district held a smart controller raffle last year and also launched a smart controller rebate program in the summer, the latter of which is still open to residents who apply on the district’s website.

Also helping in the conservation of water is the district-wide switch to smart water meters. These devices feed data directly to the district and instantaneously lets both staff and residents who have signed up for EyeOnWater know how much water is being consumed at any given time. Not only does this help identify high water usage, but also if there is potential for a leak. When excessive water use is not related to a leak, the district regularly reaches out to these residents to alert them of their high water use and provides them with the tools and information needed to reduce consumption.

-Submitted by the Hicksville Water District