John Green, author of The Fault in Our Stars, has been credited with the following quote about mental health and illness: “There is hope, even when your brain tells you there isn’t.” Mental health is a precious commodity that is vital to our well-being. It’s important to protect it at all costs, especially in our current clime. 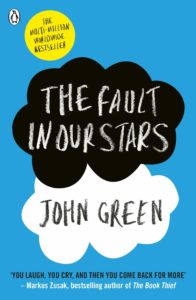 For decades, mental illness has been surrounded with judgment and has been stigmatized by those who do not understand the disease. There are many different offshoots of mental illness, but by far the most prevalent that has affected many of our young people is the issue of Body Dysmorphic Disorder, also known as BDD.

BDD presents as a series of intrusive thoughts that are pervasive and all-encompassing at times. Those affected by this disorder experience fixations and concerns about their body appearance, which can affect their ability to get through the day. Many times, those with this disorder have difficulty focusing on schoolwork, holding down a job, leaving the house or looking in a mirror. They require constant reassurance about what they see in the mirror, will constantly take “selfies” of their body and will avoid being around others who they perceive may “notice their flaws.” This disorder is not only isolating, but physically and mentally exhausting to the sufferer. It affects males and females alike.

As a registered nurse, I’ve had quite a few patients who have suffered with this illness. I have also had close friends who required assistance through counseling and medication to enable them to overcome the thoughts that held them down. In the past, I would receive photographs from friends who were “concerned about putting on weight” and dieted and exercised to the point of physical illness because they thought they appeared “enormous.”

Our society is driven by advertisements for pills, diet plans, surgical procedures and gym memberships that offer the promise of a svelte figure. However, this only compounds the illness for a sufferer with BDD, as it reinforces the feeling of being unable to look “perfect,” no matter how hard they try. They also compare themselves to others and feel as though they have failed themselves and those around them because they don’t think they look “perfect.”

I have a very close friend who believes that she looks “like an elephant,” though she is very skinny. She regularly texts me photographs of herself and tells me that she looks huge. To be honest, she looks the same as she did two years ago when this illness reared its ugly head. However, I have learned that it is important to tread lightly and say things that are helpful, as certain wording can be misconstrued and further compound her feelings of inadequacy. I have also suggested therapy, for which she has recently found a competent therapist who specializes in body dysmorphia.

If a loved one is suffering with BDD, there are several things that you should and should not say in order to help them feel understood without judgment. For example, it is important to tell your loved one that you know they are suffering. “I am sorry that you are suffering with this. I am here to listen” is a simple statement that acknowledges their feelings. It also lets the sufferer know that they are not alone, as many feel that they are suffering in silence and might even feel like their feelings are “stupid”.
Non-judgment is key in helping someone with BDD speak to you. Let them know that you validate their feelings by saying something like, “What you are feeling is valid, but remember that BDD gives you a distorted view of yourself” You can also say something like, “I know you are struggling right now, but you also must realize that these thoughts are not facts.” Telling someone that it is all in their heads is a put-down and throws fire on already volatile emotions within themselves.

When my friend sends me pictures, I often tell her, “It looks like you are looking for some sort of reassurance. Is there anything we can do to help you to think about something else?” This takes the focus off the ruminating thoughts and enables her to see that there is more to life than just what she thinks she sees in the mirror. It also takes the focus off reassurance seeking, which creates unhealthy patterns of harmful thoughts. Responding to reassurance seeking with “you look good, like you lost weight” puts you as the consoler into the trap of constantly providing reassurance. The moment you stop, the BDD sufferer will lose trust in you. Changing the subject usually breaks the pattern and helps the person to focus on something else. Yes, it’s tough to do. Yes, it is exhausting. The bright side is that it is helping her to focus on other parts of her life that are joyful.

If you or someone you know suffers from BDD, know that the road to recovery lies in effective treatment. It is important to suggest that the sufferer get the help they need, but it is also important to understand that the road to recovery can take time and can be fraught with setbacks. It is a process. Being aware of the words you use, the support you offer and the encouragement you give can help them to feel less alone and isolated. BDD is an illness like anything else, and treatment is key so the sufferer can learn ways to deal with and treat it.