When I was a young child, Mom often listened to WGBB for music and weather. Dad had purchased a band radio for her so that she could listen to her beloved station, which had a better sound quality than her little transistor that she won from Sinclair Gas. Dad often fiddled with the stations before any road trips taken, which often meant that we heard NOAA weather reports before we even got into the car. To this day, the sound of “Manasquan Inlet” brings to mind a kitchen abuzz with excitement in the pre-dawn hours and the faint “echo” behind the almost robotic voice of the announcer. 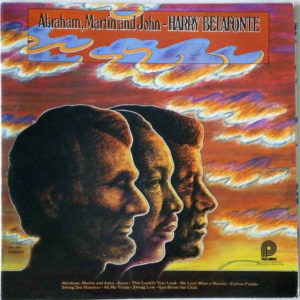 One of the songs that was frequently played on WGBB through the speakers of that yellow band radio was a little number called, “What the World Needs Now is Love.” The tune, which was written by Hal David with music by Burt Bacharach, was recorded in 1965 by Jackie DeShannon. It is interesting that the song was originally offered to Dionne Warwick, she of the golden voice, who turned it down. Dionne felt the song was too country and “preachy” for her tastes, though she did record it for an album she released the following year. In 1971, a disc jockey by the name of Tom Clay recreated the song as a remix known as “What the World Needs Now is Love/Abraham, Martin and John”. The song, which was a compilation of Dion’s “Abraham, Martin and John” and DeShannon’s “What the World Needs Now is Love” took on a life of its own and reached number eight on Billboard Hot 100 in the summer of 1971. If you recall, the song also offered snippets of speeches by JFK, Ted Kennedy during his eulogy of brother Robert, and Martin Luther King, Jr. It also was the one song when played on the airwaves that consistently made me cry. 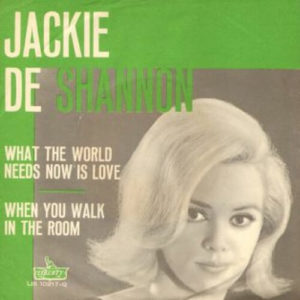 Fast forward to 2022, where hate crimes abound and war rages in Eastern Europe. To say that I never thought in a million years that we would be here today is an understatement. Skyrocketing inflation, prices at the pumps and a continuing pandemic only add fuel to an already out-of-control raging fire. My husband is glued to the television set, his only respite our daily hikes in nature. He immediately returns to the screen, his eyes riveted to the horrific scenes of rubble and despair found in the eyes of the Ukrainian people. My heart breaks every time I walk into the living room, especially because yet again, a megalomaniac with too much power and money decided that he wanted to live by the old saying, “The one with the most toys at the end of the game is the winner.” It disgusts and infuriates me, especially when folks have been forced from their homes and are scrambling for safety in bomb shelters and subway stations. To hope that there is a home for which they can return is a hope that almost seems too far away to become realized.

As I watched broadcasts of bombed-out hospitals, I heard the refrain, “It’s the only thing that there’s just too little of” in my heart. I asked my husband to find something positive to watch and he switched the station to find something that brought some comfort. That was when we saw scores of Long Islanders who were making a difference. 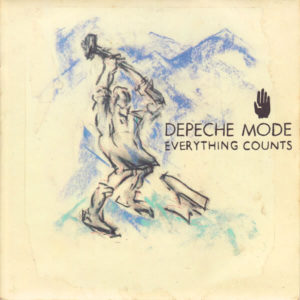 Throughout Long Island, start-up fundraisers have begun for those displaced by this senseless war. Churches and other places of worship have begun collections of food, clothing, water, money and medical supplies to be shipped overseas. The Town of Oyster Bay has set up collection boxes in Oyster Bay and Bethpage for those who wish to help. It has been said that in a crisis, humans rise to meet the needs of others during challenging times. Michelle Dean said that “Crisis forces commonality of purpose on one another.” Jawaharlal Nehru has been credited with stating, “Every little thing counts in a crisis.” Depeche Mode sang, “Everything Counts in Small Amounts.” These are the times that define us as a species, and it is important not to turn a blind eye to the plights of our fellow humans. It doesn’t matter if it’s a prayer, a box of medical masks or a monetary donation. Every little bit helps to make the world a brighter place.

Several years ago, I started a page for women who were interested in crafting hats for charity. We donated several hundred hats to two different organizations. Yesterday, I called the troops to order. We will be creating hats and scarves to donate to the people of Ukraine. It might not be much, but puts good vibes out there, which is something for which we are sorely in need.

I heard Tom Clay’s remix yesterday as I flipped through the stations on my radio. I listened carefully to the words and realized that no matter how large or small, anything offered in the name of love can be enough to overcome the shadows of darkness. Emily Dickinson said that “Hope is the thing with feather.” May we allow Hope to perch within our own souls and allow it to sing a tune without words that never stops at all. May we overcome the hatred, may we offer love to all, and may we take care of each other with love and justice for all.