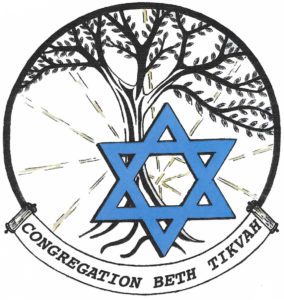 Every year, during the festival of Passover we read the well-known biblical scroll of Shir HaShirim or “Song of Songs.” It is, bar none, the most romantic and beautiful love song ever written. It’s very title, “Song of Songs,” claims itself to be the ultimate, unparalleled praise.
This magnificent piece of literary genius, filled with sensual overtones and passion, is King Solomon’s gift to the world. At face value, it is a fiery story of two lovers. Yet, in the ancient Talmud it was explained that the song is the “holy of holies” symbolizing the deep love between our Creator and us. Scrutinized, studied and adored for thousands of years, “Song of Songs” is considered a classic by scholars of both the Bible and literature.

Q: Why has this book, which we read each year during Passover, withstood the test of time? What secrets are revealed in King Solomon’s writings?

A: Composed approximately 3,100 years ago, it was written 480 years after the Exodus from Egypt, inspired by the completion of the First Temple. Its author, King Solomon, great-grandson of the biblical Ruth, whose own book we read on the festival of Shavuot, and son of King David and Bathsheba, was born around 1,000 BCE. We learn that he became king at the age of 12 and died at the age of 52 years. He accomplished a great deal during his short life. Many will be impressed by the fact that he maintained one thousand wives! the most famous being the daughter of Pharaoh. The First Temple in Jerusalem is known as Solomon’s Temple, its construction having begun in the fourth year of his reign and reaching completion seven years later. We read in the Kabbalah book of Zohar, “and all the upper and lower worlds were complete.”

It was the completion of the First Temple that became the inspiration for writing Song of Songs. Solomon’s impressive résumé includes prophet, architect, author and judge, in addition to ruler. His wealth and power were enormous. He is credited with writing two additional books, Proverbs and Ecclesiastes (Kohelet). Solomon is also credited with composing several verses in the Book of Psalms (Tehillim).

Q: What is the connection between Passover and “Song of Songs”?

A: The “Song of Songs” is symbolic of the ‘love affair’ between our Creator and us. It expresses the powerful yearning of us and our Heavenly Father for a close relationship with each other. The expression of the symbolic “becoming married” to our Creator which was manifested during the Exodus and formed a union, a bond, a partnership with the Holy One.

“Song of Songs” is a passionate story, a true love story, at times erotic and suggestive of physical bonding and contentment. As the woman in the story goes in search of her lost beloved, he is never out of sight of her, just like our Creator never loses sight of each of us. When the Jewish nation rejected the Almighty’s majesty by idolizing the golden calf at Mt. Sinai, He forgave them and never quit his relationship with them. Similarly, when a partner in a marriage may disappoint the other, the marriage itself does not have to fail. Marriage is a holy union, a three-way bond between a woman, a man and the Almighty.

These writings teach us about the potential of love that exists between us and our Creator. The words resonate in our hearts and offer clarity, insight and guidance. By reading this masterpiece, may we be blessed to view life in a happier, healthier and more passionate way.
Happy Passover.